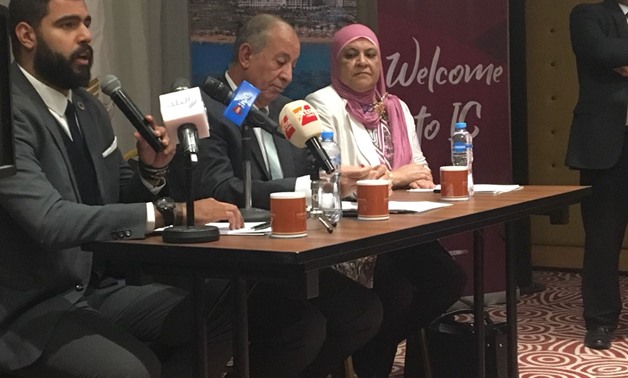 CAIRO - 3 July 2018: Red Sea Governor, Ahmed Abdallah, said on Monday that youth represent the driving force of all nations, adding that they bear the responsibility of facing the challenges of humans all over the world.

This came on the sidelines of the AIESEC International Congress held under the auspices of President Abdel Fatah al-Sisi and the Ministry of Youth and Sports in Hurghada from July 2-9.

The governor hailed the congress' role in promoting tourism to Egypt and in strengthening the economic relation between countries.

"700 youth from 1,200 countries will share images and write comments on social media about Egypt and its historical places and that's enough to have a positive impact on tourism," Abdallah said, expecting an increase in the number of tourists visiting Egypt in the upcoming months.

Abdallah asserted that youth of different nationalities will convey the true account of the situation in Egypt when they go back to their homelands.

Additionally, Abdallah referred to the global problems that threaten humanity, including terrorism, stressing that terrorism has no religion or homeland and that the conference delivers a message to the whole world to stand in solidarity against terrorism.

Furthermore, he pointed out to the challenges that threaten global climate, including global warming and scarcity of water resources.

Abdallah stressed the need to join forces to preserve the global climate and take protective measures to prevent further negative impacts on the world. Thus, he called on youth to think about means to better manage water resources.

The governor concluded by stressing the importance of the role youth play in their societies and their strong impact on the future.