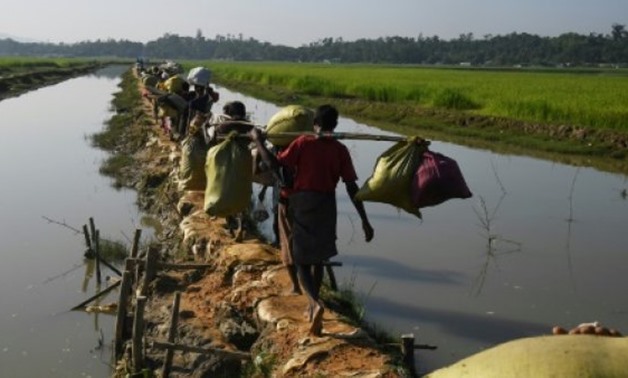 Some 655,000 Rohingya have fled over the border to Bangladesh - AFP

NEW YORK - 27 June 2018: The U.N. special rapporteur for Myanmar denounced human rights violations by the country's government against ethnic Rohingya Muslims who have fled violence by the hundreds of thousands to Bangladesh, ABC News reported.

Yanghee Lee has told the Human Rights Council her top priority is "constructive engagement" with Myanmar's government, which has said it will no longer cooperate with her efforts to document rights abuses.

Myint Thu, Myanmar foreign affairs permanent secretary, retorted to Lee's report to the council Wednesday by accusing her of "lack of objectivity" and calling for her to be replaced.

Lee has said violent sweeps by the Myanmar army in Rakhine state that prompted about 700,000 Rohingya Muslims to flee to neighboring Bangladesh "bear the hallmarks of genocide."