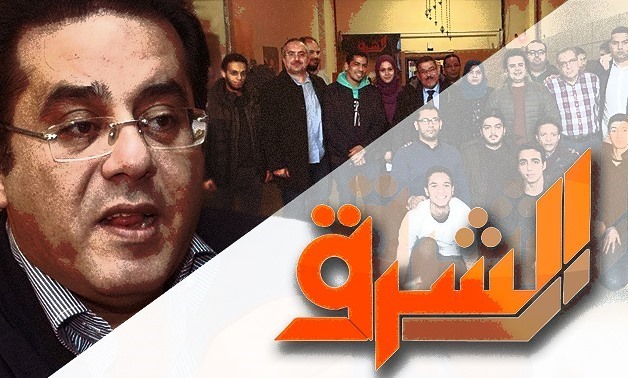 CAIRO - 6 May 2018: A member of Muslim Brotherhood youth abroad, Abdul Rahim al Saghir, allegedly called on the Egyptian government recently to let him and 10 of his colleagues repatriate without facing trials, claiming that they were not involved in any terrorism or violence acts.

Most of those members work in the pro-Muslim Brotherhood TV channel, El-Sharq, which is currently suffering from a financial crisis.

Former anchor of Al Sharq channel, Tariq Qassem, called on the youth of the group to expose the Muslim Brotherhood leaders in Istanbul so as not to deceive more citizens. He also added that the staff members of El-Sharq received a very poor treatment from the leaders of the channel.

Egyptian opposition activist, Ramy Jan, returned from Turkey, few days before the former Egyptian election. He accused the Muslim Brotherhood of committing violations against him.

In a phone interview with “Al-Nahar” channel, Jan affirmed that 35 pro Muslim brotherhood members abroad communicated with him to mediate and ask the Egyptian state to allow them to return without trials.

Security expert, Majdi al-Bassiouni, told Egypt Today that “any apologies from those terrorists are not accepted; we will not allow them to return to Egypt without being prosecuted and punished for what they have done. The Egyptian people are very aware and cannot be exploited.”

Those youth are an integral part of the terrorist group, he said, adding that throughout the past period, they killed and incited against the soldiers of Egypt. They only thought of returning to their homeland after they had faced a problem with El-Sharq channel.

A group of staff members of pro-Muslim Brotherhood TV channel, El-Sharq, organized a demonstration on Tuesday, April 16, in Istanbul, Turkey against the channel’s owner, Ayman Nour, wondering about the channel’s money.

The demonstrators demanded their financial rights, threatening Nour that this is only their first step against him and the channel, and that there are more measures to be taken later if he doesn’t consider their demands.