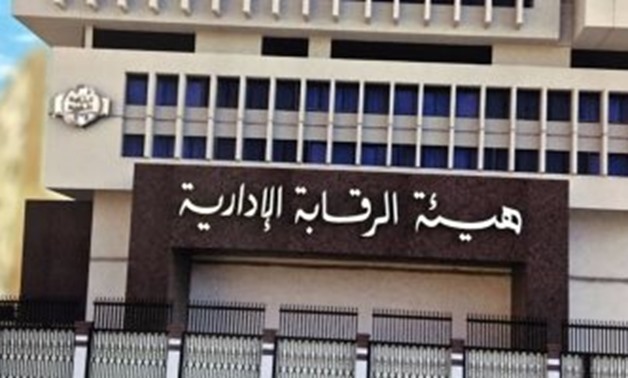 CAIRO – 29 April 2018: The Egyptian Administrative Control Authority (ACA) suspended a number of New Cairo council officials over the flooding crises in some areas of the city, according to a statement on Saturday.

The authority said that it implemented President Abdel Fatah al-Sisi's directives investigate the causes of the crisis following heavy rainfalls that hit several parts of Cairo and Giza, especially since the Egyptian Meteorological Authority had warned of unstable weather.

The accumulated water exceeded the capacity of some public sewers in the city, causing heavy damage in the drainage system. As well as the lack of professionalism in the management of the crisis after the occurrence, and the absence of coordination between the ministries of housing, electricity and transport, along with Cairo governorate’s administration, to take advantage of their capabilities and potential to avoid the effects of the heavy rain, the statement mentioned.

It said failures were reported in several water stations, power generators and fire networks in New Cairo, which it added is a "crime" of squandering public funds.

After the authority established that responsibility for the damage belongs to the head of New Cairo Council, the head of Greater Cairo Sanitary Drainage Company, the committee responsible for receiving the sanitary drainage stations of the New Cairo area, and the general authority for roads, bridges and land transport, it sent their names to Attorney General Nabil Sadek to take the necessary legal procedures, investigate officials in charge, and take into account the elimination of all previous consequences.

CAIRO - 26 April 2018: Even though the Egyptian Meteorological Authority has warned of unstable weather from the beginning of this week, officials have failed to take sensible precautionary measures or provide assistance after torrential rain hit several parts of Cairo and Giza hard on Tuesday and Wednesday, causing heavy damage.


Reformation of the Crisis Management Center of the IDSC... Providing more authorities

The ACA decided to review the formation of the Crisis Management Center at the Information Center of the Egyptian Cabinet Information and Decision Support Center (IDSC) following the instructions of President Sisi, in addition to providing the center with more authorities and mechanisms to confront any crises that face the country.

CAIRO - 28 April 2018: Egypt's official weather agency expects another wave of heavy rains starting Monday, April 30, which will last for three days. However, will officials succeed in dealing with this wave or leave citizens to meet their destiny?


Irrigation Ministry: A national plan to deal with floods and avoid their consequences

Egypt has a national plan to deal with the floods and avoid their consequences, indicating clear and specific roles for all concerned institutions, Hosam el-Emam, Ministry of Irrigation and Water Resources spokesman, said in a press statement on Saturday.

Emam denied news saying that the Ministry of Irrigation asked the Ministry of Housing to send maps of the New Cairo area to identify the places of flood spillways but received no response.

The Suez Traffic Administration reopened the Ain Sokhna-Zafarana Road after traffic stopped due to flooding.

Suez Governor Ahmed Hamed said that the operations are finished to lift stones from the road after falling from mountains due to the floods and traffic back to its regular state.

The floods blocked the highway road following the heavy rainfall that occurred Tuesday and Wednesday.