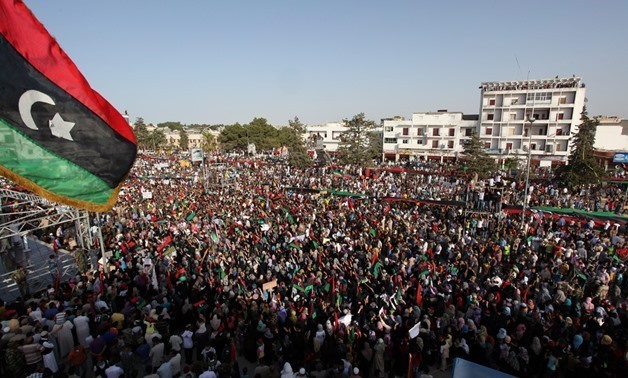 CAIRO – 26 March 2018: The French embassy in Libya said on Monday that it welcomes the continuation of Cairo talks aiming to re-unify the Libyan Armed Forces.

The embassy wrote on its Facebook page that the Cairo talks held between the Libyan factions complement and agree with the U.N.’s action plan.

On September 20, Ghassan Salame, head of the U.N. Support Mission in Libya (UNSMIL), presented a plan to the U.N. Security Council, which aims to end the crisis in Libya and hold parliamentary and presidential elections before 2019.

“Libya needs, more than ever, a unified and comprehensive army that represents the whole country, to combat terrorism and smuggling, and to ensure border security,” the embassy stated.

Libyan military factions announced on Thursday that the sixth round of the negotiations on the unification of the Libyan military establishment will carry on in Cairo.

Egypt has already hosted several meetings to bring all Libyan disparate factions to the negotiations table in order to create a national Libyan Army led by Khalifa Haftar.

The talks in Cairo are held between a delegation of political figures from Misrata and a number of supporters of Khalifa Haftar, head of the Eastern Libyan National Army.

Following the death of former Libyan President Muammar Gaddafi in 2011, Libya has been witnessing severe, devastating political escalations, which worsened with the emergence of the Islamic State (IS) terrorist group that has reportedly killed hundreds of innocent civilians.