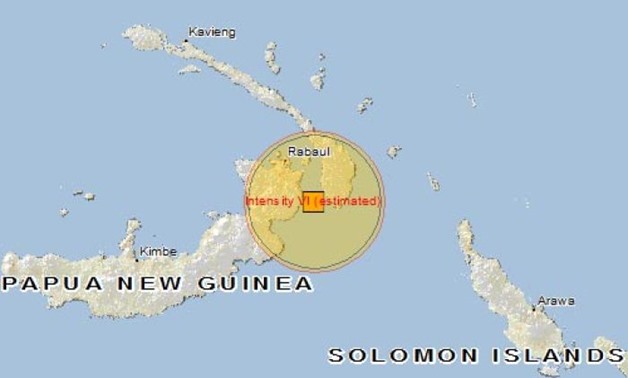 A map showing the location of a PNG earthquake - AFP

The tremor hit near the centre of the country's main island, around 560 kilometres (348 miles) from the capital Port Moresby at around 0345 local time (1545 GMT).

Its depth was around 35 kilometres (22 miles), USGS said.

There were no immediate reports of damage or casualties and the country's disaster management authority did not immediately respond to request for comment.

The Pacific Tsunami Warning Center said there was no risk of a tsunami in the aftermath of the tremor.

"Recent earthquakes in this area have caused secondary hazards such as tsunamis and landslides that might have contributed to losses," the USGS said.

Quakes are common in Papua New Guinea, which sits on the Pacific's "Ring of Fire", a hotspot for seismic activity due to friction between tectonic plates.