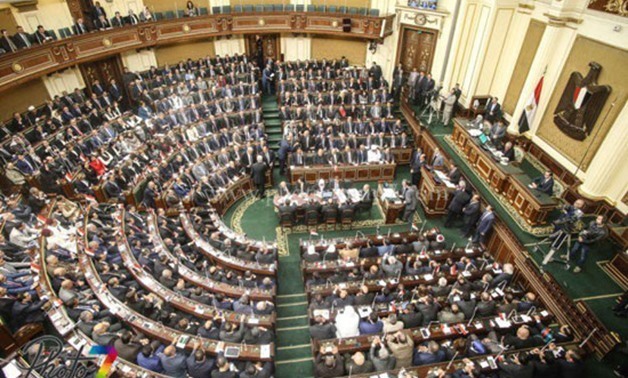 File - The most prominent modifications to the law, approved on Sunday by the Parliament, is the establishment of sole proprietorship companies

"The Egyptian constitution essentially inhibits the presence of any parties formed on the basis of religion," MP Ahmed Abu Hamed said, adding that they are only misleading people since they are operating politically under the cloak of religion. Hamed added that their founding conferences are held under the patronage of Salafist Sheikhs and other figures who are proven to be involved in committing terrorist attacks, such as Abdel Moniem Abo Al Fotouh, as he put it in press remarks on Friday.

Aligning with Abu Hamed, MP Ihab El Tamaway believed that the leaders of such religious parties intellectually belong to the terrorist groups’ “way of thinking,” which involves the explicit inclination to use violence as a tool for change.

He also stressed out that the existence of religious parties must be dealt with through the issuance of firm legislatives.

For his part, MP Mohammad al-Koumy member of the Free Egyptians Party stressed that such parties became a “matter of fact,” wondering why the party of the A Gama’a Al Islamiya (Islamic Group) still normally functions and its leaders are involved in series of terrorist acts.

The Secretary General of Hommat Al-Watan (Defenders of the Homeland) party filed a lawsuit on Saturday to the General Prosecution, requesting the dissolution of the Masr Al-Qawya (Strong Egypt) party headed by Abdel Moniem Aboul Fotouh.

In the complaint’s report, Rawash said that the party is being used to serving the purposes of the outlawed Muslim Brotherhood and international intelligence agencies to the detriment of his own country, adding that he appeared in MB-affiliated channels like Al-Jazeera.

He also mentioned that the former presidential candidate is trying to enable the Muslim Brotherhood to rise again and maintain their grip over the country and that he already returned to London to meet with some MP leaders to create chaos and division among the Egyptian people.

Six defendants were ordered to be imprisoned for fifteen days as per investigations on Thursday morning by Egypt’s Supreme Prosecution. They were arrested on Wednesday, February 21, on a farm owned by Muslim Brotherhood (MB) dissident and former presidential candidate Abdel-Moneim Aboul Fotouh in Beheira governorate.

The prosecution accused the six defendants of being members of terrorist groups which aim to destabilize the country’s security, constitution and law. The accusations also included attempting to topple the current regime along with endangering Egyptian society.

All of the six ‘terrorist elements’ as identified in the interior ministry’s statement issued on Wednesday, had in their possession (when arrested) three rifles. It was added that Aboul Fotouh knew that these wanted elements were hiding on his farm, and that he gave direct orders to a number of his assistants not to expel them.

Aboul Fotouh and 15 other members of the Strong Egypt Party have officially been added to the terror list as per the sentence issued by Cairo Criminal Court on Tuesday.