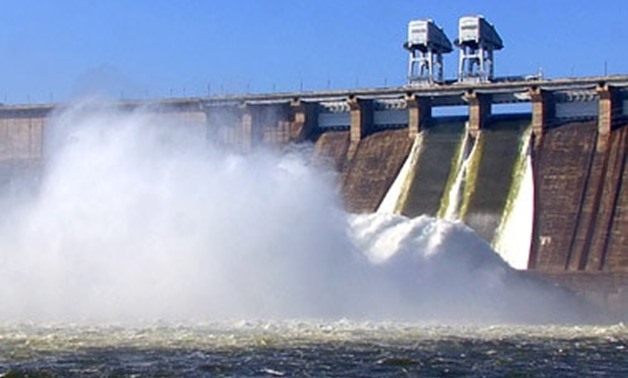 CAIRO – 23 February 2018: An Egyptian vlogger launched a water-saving initiative inspired by Cape Town’s ‘Day Zero’. Having witnessed, in person, the city’s shortage of water during their trip to South Africa, they were pushed to picture a video to warn Egyptians of a similar future if they continue poor water consumption habits.

Though the aim of the video is noble, calling on Egyptians to preserve water, water and environment experts affirmed that this video is totally unrelated to the reality and Cairo is not among the list of cities that may be subjected to "water shortage" at any time.

The vlogger, Hezaha w Safer team, showed in the video, snapshots of life in Cape Town; Hotels are timing guests’ showers, pools are filled with seawater, people are queuing up in streets to fill buckets of water, and showering water is being re-used to flush toilets.

After three years of drought, Cape Town’s water system is now failing. Currently, Cape Town citizens have access to 13.2 gallons of water per day. Even with the conservation it has achieved, Experts predict water levels, in the six dams that feed the city, will fall below 13.5 percent of their capacity; effectively leaving the city dry. The country has been taking extreme measures to save every drop of water.


Just three weeks ago, officials were predicting that Cape Town would reach ‘Day Zero’ — a first for a major city in modern times — by late April. Now, after many postponements, the city announced that it will reach that crisis point on June 4. Thanks to the efforts of Cape Town residents, consumption dropped to 526 million litres per day.

They cited an article published by the BBC, in which it is mentioned that Cairo is ranked fourth in the cities that most likely to run out of drinking water - like Cape Town.

Disagreeing with the BBC, former Deputy of the National Water Research Center, Diaa el-Kosy, stated that the condition in Cairo is completely different from other cities such as Cape Town, London, or any other city that is predicted be subjected to “absolute water scarcity” as these cities depend mainly on the volume of rainfall as their main source of water.

As the Nile historically has been Egypt’s main source of freshwater, el-Kosy said “We can only fear water shortage if the water stopped coming from Ethiopia” asserting that Egypt has taken a firm stance in this regard; it will not relinquish one cubic meter of its share in Nile river’s water, amounting to 55 billion cubic meters.

When asked by one of the reporters if the dam's crisis is over, Sisi answered, "There is no crisis."

Sisi’s statement came after the tripartite summit that was held on January 29 between Egypt, Sudan, and Ethiopia on a presidential level. In the meeting, the three countries affirmed an agreement on a single vision based on the Declaration of Principles signed in Khartoum and raising the no-harm principle of the three countries’ interests.

Safwat Abdel Dayem, advisor to the Arab Water Council, said to Egypt Today that “Considering Cape Town’s Day Zero as an issue that is likely to occur in Cairo is ignorance of facts and analysis,” adding that “Day zero in Cairo means that the Nile River dries out completely, which is impossible to happen”. He continued to accuse social media sites of spreading fake and unreal facts.

“Cairo posses more than one source of fresh water, such as the Nile and groundwater, Moreover, Egypt has the technological potential to take a swift action in any surprising conditions, building desalination plants that purify seawater,” Abdel Dayem said.
In November 2017, Egypt declared the construction of the largest seawater desalination plant in the world in the Red Sea city of Ain Sokhna.

Upon completion, the plant will be able to purify 164,000 cubic meters of seawater per day, and will provide water to development projects in the Suez Canal Economic Zone, head of the Egyptian Armed Forces Engineering Authority, Kamal el-Wazir said in a phone interview on private TV channel ONTV.

Magdy Allam, Advisor to the Ministry of the Environment agreed with the other two experts. He said “Egypt consumes only 10 percent of its share of fresh water, a very small quantity of the its share of Nile water which is estimated to be 55 billion cubic meters.

The river has two main tributaries known as the White and Blue Niles. The White Nile is the headstream and the mainstream of the Nile while the Blue Nile supplies most of the waters and silt. The Blue Nile flows from Ethiopia and the White Nile flows from Lake Victoria, Allam said, adding that even one of the main tributaries has stopped flowing in the Nile river, there is another one.

In the darkest scenario, we will never reach “Day Zero” as Cape Town, Allam assured. “Cairo is not Cape Town and Egypt's main water sources are not threatened in any way.”
Egyptian dismay over suffering from a serious problem with water shortage have risen mainly out of the Grand Ethiopian Renaissance Dam project (GERD) currently being built and which Egyptian media outlets warn that it may reduce Egypt’s water supply.

Egypt has gone through years of negotiations, since May 2011, with Ethiopia and Sudan over GERD. Egypt has voiced its concerns regarding the dam’s capacity of water storage, fearing that it may negatively affect its share of Nile water.

In a joint press conference in Cairo, the two countries, Egypt and Ethiopia presented their views concerning the Ethiopian establishment of GERD, Desalegn assured that “they will not cause any harm to Egypt’s entity and its people.”

Sisi said he appreciated Ethiopia’s repeated assurances that the dam would not have a negative impact on Egypt. However, the required technical studies, set as a condition to determine the dam’s operation mechanism before the filling of the reservoir, according to the Declaration of Principles signed in 2015 between the three states, must be completed and all sides should abide by their findings.

Cairo has long repeated its concern over how the dam can reduce the country’s annual share of more than 56 billion cubic meters of Nile water. Egypt’s average water per-capita is expected to drop from 663 cubic meters per year to 582 cubic meters by 2025, according to the Central Agency for Public Mobilization and Statistics (CAPMAS).

However, Addis Ababa claimed that the dam is necessary for Ethiopia’s development and that it will not harm downstream countries.