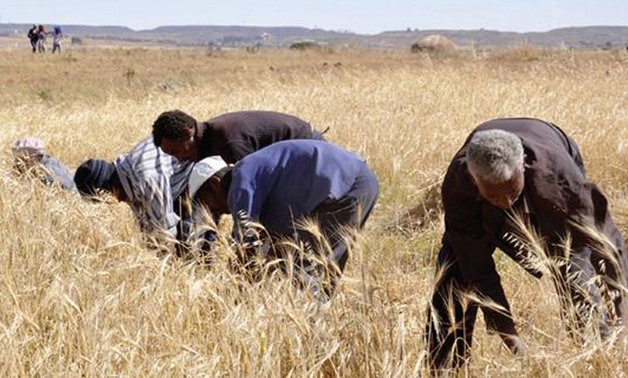 CAIRO - 18 February 2018: The Ministry of Agriculture and Land Reclamation unveiled that work has started in the establishment of a joint Egyptian-Eritrean farm in Eritrea, the seventh such kind of farming projects to be built by Egypt in Africa.

The joint Egyptian farm, located in the Horn of Africa, aims to strengthen Egyptian-Eritrean ties particularly in the agriculture field and meet the needs of the Eritrean side in terms of producing various crops through transfer of Egypt's agricultural technology, Minister of Agriculture Dr Abdel Moneim el Banna said Sunday.

He referred to directives by the Egyptian presidency to enhance cooperation with Africa, saying Egypt enjoys mutual historical relations and such development projects would help achieve the interests of African peoples.

The ministry works on spreading model farms systems in Africa to boost its presence and leadership in the continent, he added.

Egypt's Ambassador to Eritrea Yasser Hashem signed a memorandum of understanding and the executive contract of the farm on behalf of minister El Banna, according to a statement released by the ministry on Sunday.