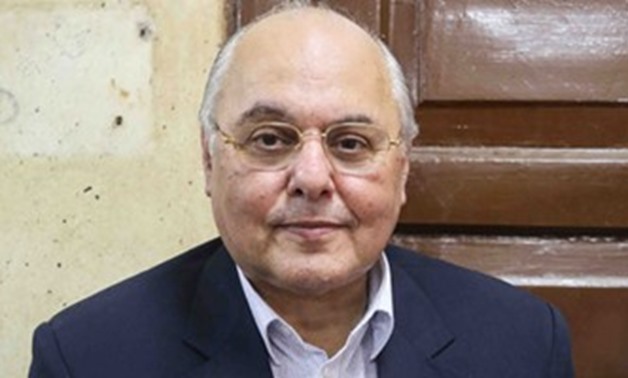 CAIRO – 29 January 2018: Chairperson of El-Ghad Party, Moussa Mostafa Moussa, is expected to submit the documents required for the presidential candidacy to the National Election Authority (NEA) on Monday, which marks the last day for candidates to submit their documents.

Moussa underwent on Sunday the medical examination needed to assess his physical and mental conditions; he is getting "ready" for the 2018 presidential bid against incumbent President Abdel Fatah al-Sisi, according to Moussa's statements to Egypt Today on Monday.

Sources told Egypt Today earlier that Moussa received endorsements from 26 Members of Parliament- the majority of them represent Monufia Governorate- in order to announce his official presidential bid.

Moussa vowed that he will resume projects and achievements that Sisi has begun and carried out throughout his first term in office. "I was a sincere supporter to Sisi, but now Sisi has become my contender."

Moussa, who studied architecture in France and heads the Egyptian Council for Arab Tribes, became the chairperson of El-Ghad Party in September, 2005, following fierce disputes with the party's founder Ayman Nour who founded El-Ghad Party in 2004 after the Parties' Affairs Commission had refused Nour's request to set up a political party three times.

Logo of the Egyptian Council for Arab Tribes

In October, 2005, Moussa headed a meeting for Ghad's supreme commission, dismissed Nour from the party's chairmanship and declared himself the new president of Ghad Party. One month earlier, Nour announced the removal of Moussa from his post as a deputy chairperson.

In November, 2008, the dispute between Moussa and Nour reached its peak and both leaders' supporters engaged in violent clashes that resulted in setting the party's headquarters on fire. Nour's wife, prominent anchorwoman Gamila Ismail, accused Moussa's supporters of deliberately burning the party's building.

In May, 2011, the conflict between Moussa and Nour ended with recognizing Moussa as the legitimate chairman of Ghad Party, according to a decision made by the Parties' Affairs Commission.

"Few months after Ayman Nour and I founded Ghad Party, Nour decided to run for the presidential election in 2005. He should have frozen his partisan membership, but he manipulated and refused to freeze it," Moussa told Egypt Today on Monday, adding that Ghad's leaders discovered that Nour was involved in a suspicious financial deal to fund his presidential electoral campaign.

In September, 2012, Moussa announced merging Ghad party with 24 other parties under the umbrella of a new party called the Egyptian Congress party.

"I will never cooperate with the bloody-handed Muslim Brotherhood group," Moussa added to Egypt Today. "The MB is a malicious group whose moves are always against the interests of Egypt."

On May 11, 2011, Moussa was pulled out from one of the national dialogue sessions. Some young participants opposed the presence of former members of the dissolved National Democratic party, ‎chanting “We do not want the [National Democratic] party, even if we will be shot ‎with ‎‎bullets for saying so.” As a result, Moussa, controversial lawyer Mortada Mansour and ‎veteran TV presenter Mofid Fawzi were forced to leave the session.

In a press conference held by NEA Chairman Lasheen Ibrahim, he affirmed that the final list of candidates will be announced on February 24, noting that the deadline for any candidate to retract their candidacy is March 1.

The NEA also pointed out in the official electoral schedule that potential candidates should start submitting their official candidacy documents on January 20 and until January 29.