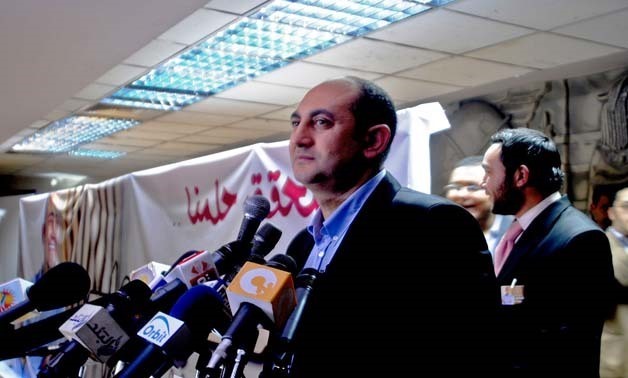 CAIRO – 24 January 2018: The potential presidential candidate Khaled Ali will hold a press conference on Wednesday to declare his final stance toward running in the 2018 presidential election, according to sources from his presidential campaign.


Reports claimed on Tuesday that Ali will not run for the 2018 Presidential election due in March.

However, the spokesperson of Ali's presidential campaign Hala Fouda told Egypt Today that no decision has been made yet, saying "we are in continuous meetings. The decision will be announced soon."

Also, the official Facebook page of Ali's presidential campaign posted that a meeting will be held in the coming few hours to announce their final position regarding the election.

This came few hours after former Armed Forces Chief of Staff Sami Anan was summoned by the Supreme Council of the Armed Forces (SCAF) over crimes of “forgery,” since he "illegally" announced his intention to run for the 2018 presidential election.

Ali is the second potential candidate who considers retreating from the presidential bid; on January, 7, 2018, former Egyptian Prime Minister Ahmed Shafik said on his Twitter account that he will not run for president in the upcoming election.