What’s being done about overpopulation in Egypt? 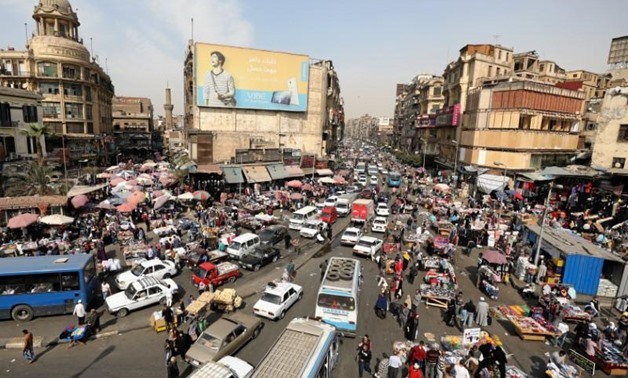 CAIRO – 16 January 2018: “The population in Egypt is currently growing at a rate of 2.6 million individuals per year and the ministry is planning to raise awareness of family planning particularly contraception methods, with special focus on women in rural areas,” said the newly appointed Deputy Health Minister Tarek Mohamed Tawfik in a televised interview on Monday.

Overpopulation in Egypt continues to risk the country’s resources and commitment to achieve sustainable development in accordance with Egypt’s development Vision 2030. During the first session of the fourth National Youth Conference in Alexandria on July 24, 2017 President Abdel Fatah al-Sisi said that overpopulation and terrorism are Egypt’s two real threats. Later in October 2017, the Central Agency for Public Mobilization and Statistics (CAPMAS) reported that the population in Egypt has doubled during the last 30 years as it increased from 48 million in 1986 to 95 million in 2016.


Moreover, according to CAPMAS, Egypt loses nearly 60,000 acres per year as a result of soil erosion and construction to meet population needs including housing. Moreover, the country’s share of water from the Nile, approximately 55 billion cubic meters per year, has remained unchanged since 1954 despite the increase in population. If the population rate increase continues, the state will not be able to support that many people, and national production would be insufficient to meet their needs, thus making the country dependent on imports, which further burden the economy.

Moreover, the overpopulation impacts the illiteracy rate which stands at 18 percent and the number of school drop-outs reaches 5.7 million in the age group between 10-34 years old, according to the 2017 census. The census also reports that the percentage of persons not enrolling at all in schools reached 30 percent of the total population.

The National Population strategy aims to improve population control and the quality of life of all Egyptians through the integration of services and efforts including government, private sector, public sector, media institutions, volunteers and NGOs.

It also aims to improve the socioeconomic characteristics of the population through local administration, balancing environmental and demographic factors, enhancing promotion of voluntary family planning, applying positive incentives to promote public awareness of population issues, and maintaining the right of freedom of movement and family choice in childbearing in parallel with reducing population growth rates and achieving better spatial distribution.

In its strategy the NPC recognizes that Egypt has a high rate of annual population growth as the projections indicate that Egypt’s population would reach 128 million in 2030 if the current average birth rate of four children continues and that if the total fertility rate drops to 3.5 per woman, the population will reach 120 million in the same year. The council also highlights in the strategy that there is an unbalanced distribution of population with 54 million inhabiting rural areas of both the Delta and Upper Egypt and Cairo being the largest governorate in terms of population, with about 9.6 million people, while South Sinai has the lowest population with 173,000 people, as of January 2017. The third demographic characteristic is that the population in Egypt favors low levels of productivity.

To elevate the strategy’s effectiveness, the inter-ministerial group worked to ensure that the strategy is intersectional with other relevant strategies and mechanisms, including the national anti-female genital mutilation (FGM) strategy, the family empowerment document, the reproductive health strategy, efforts to prevent early marriage and the Egyptian Women Strategy 2030.

Furthermore, Egypt recognizes the vital role of official statistics and reliable up-to-date data on population to inform planning, development and improvement of quality of life policies. Therefore, the government in Egypt conducts censuses to better understand population dynamics, including growth distribution rates, age structure, fertility and mortality, migration, social and economic development. This data also enables the government to track and analyze trends in order to promote evidence-based national policies and generate the political will to appropriately address both current and future population needs.


This strategy has four pillars which are the following: Reproductive Health and Family Planning, Youth Development, Girl’s Education and Women’s Empowerment. The NPS seeks to address the balance between population and development by designing an inter-sectorial framework and implementation plan that will guide the governmental and non-governmental interventions.


Availability and access to family planning methods in Egypt

The government and the executive bodies focus on rural areas as one of its most important objectives to deploy quicker rates of execution following the national population plan. This translated through more support for family planning policies and increase in budget allocations to support strong family planning programs that aim to reduce fertility and population growth rates. Also, the government continues exploring options for partnerships and cooperation with international organizations to reduce the dependency on government resources, complementing the exerted efforts and allow clients to choose the most suitable provider according to their needs and ability to pay.

In Egypt, there are approximately 30 youth friendly clinics, 1 in Cairo and Upper and Lower Egypt that provide the following services at subsidized prices:

The government provides high quality family planning services that include counseling and advice, focusing on young and poor population and highlighting the effectiveness of long acting modern contraceptive methods through more than 30 primary health care centers and youth friendly clinics in Cairo and Upper and Lower Egypt. It also works to increase the national budget allocated to procure contraceptives and to promote different kinds of long acting contraceptives such as sub-dermal implants. In parallel, the government focuses on implementing awareness raising campaigns on the importance of birth spacing and immediate post-partum contraception.