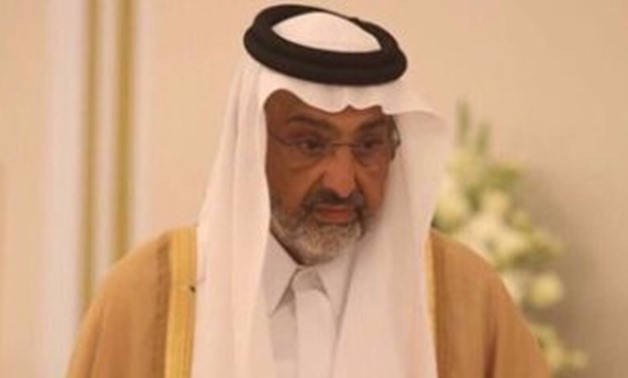 CAIRO - 14 January 2018: An official source at the UAE Ministry of Foreign Affairs and International Cooperation denied Sunday that a member of Qatari Al-Thani family was under arrest in the United Arab Emirates, according to the official Emirati news agency (WAM).

A number of media reports circulated news Sunday that Sheikh Abdullah bin Ali Al-Thani was held against his will after a visit he payed to the UAE.

The official UAE news agency quoted the source anonymously, saying that Sheikh Abdullah bin Ali Al-Thani “was a guest in the UAE at his request, and was warmly welcomed and hosted, after he resorted to [UAE] following restrictions imposed on him by the Qatari government.”

The source assured that Sheikh Abdullah is free to move wherever he wants, and that all procedures he needed to leave the UAE were carried out after he expressed his desire to leave, “without any interference to hinder him.”

In the statement published by the official UAE news agency, the source accused the Qatari regime of spreading false news as part of its approach in dealing with the Gulf crisis.

A video surfaced Sunday showing Sheikh Abdullah saying that he was kept in the UAE against his will, and that he fears “Qatar [will] be blamed in case he was harmed.”

After the video went viral and was reported by several media outlets, another member of the Al-Thani family, and a prominent Qatari opposition leader, said the footage was “old,” adding that Sheikh Abdullah will deny it shortly.

On his official Twitter account, Sheikh Sultan Bin Suhaim Al-Thani wrote, “The video that went viral, where Sheikh Abdullah bin Ali appeared in, is old, and dates back to before [Sheikh Ali] created a Twitter account, and we know the circumstances that led him to say that then. We re-assure everyone that [Sheikh Ali] is safe, and he will announce that himself through his official account.”


The name of Sheikh Abdullah bin Ali Al-Thani came to the forefront following the Gulf-Qatari rift that erupted in June last year. He surfaced as a mediator in the crisis, where he tried to reach a consent on opening borders for Qatari pilgrims to perform the Hajj rituals in Mecca. Sheikh Ali then criticized Tamim’s policies and approach in addressing the crisis. He was even anticipated by several media outlets and regional politicians as one of the possible candidates to succeed Qatar’s Emir Tamim bin Hamad in power.


His tweet on the bank accounts’ freeze was his last; his official account shows he did not write any tweets since then, until the time of writing.

Since June 5, Egypt, Saudi Arabia, Bahrain and the United Arab Emirates have severed their relations with Qatar and closed all borders with the tiny Gulf emirate, accusing it of sponsoring terrorism.