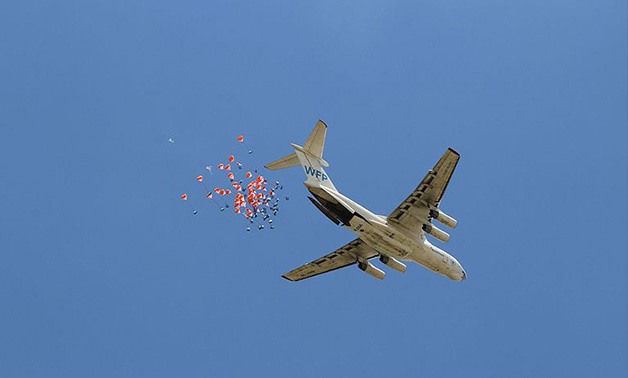 At least 16 civilians were killed in clashes that started with a rebel ambush of government troops near Wau on Sunday before spreading into the city the following day, according to the UNMISS peacekeeping mission.

The WFP said in a statement that three South Sudanese who had been contracted as porters were killed while trying to get through the fighting to a warehouse used by the food agency in the town.

Two were hacked to death with machetes and one was shot, the statement said.
"We are outraged and heartbroken by the deaths of our colleagues, who worked every day to help provide life-saving food to millions of their fellow countrymen," WFP country director Joyce Luma said in the statement.

The clash in Wau was the latest spasm of violence to rock South Sudan since a power struggle between President Salva Kiir and his former deputy Riek Machar led to a civil war in 2013.

In a statement on Friday, Human Rights Watch said government soldiers carried out "collective punishment" in Wau against people of minority ethnic groups that are seen to be supporting Machar.

Witnesses, including a local priest, had also told AFP they saw targeted killings by government troops of civilians suspected of backing the rebels.

"The pattern of abuses by government forces against civilians in Wau has become predictable, with soldiers taking revenge against unarmed civilians based on their ethnicity," Daniel Bekele, HRW's senior director for Africa advocacy said in a statement.
"The South Sudan authorities need to call a halt to the killings, investigate, and bring those responsible to justice."

The International Organization of Migration said on Thursday the clashes caused 8,000 people to flee the city, joining more than 3.5 million South Sudanese who have become internally displaced or who fled the country due to the crisis.

Separately, the government's information minister confirmed to AFP that two senior army officers and three staff were killed in Sunday's ambush outside of Wau as they were returning from a visit to troops in the countryside.

Aid workers have regularly come under attack or had their work impeded in the civil war, contributing to a man-made famine affecting 100,000 people and threatening another one million in the country.

Three Kenyans and three South Sudanese aid workers were hauled from their vehicle and shot dead in an ambush last month in the deadliest single attack on aid workers since the war began.

Prior to the killings of the WFP staff, the UN humanitarian agency OCHA said at least 79 aid workers have been killed in South Sudan since December 2013.