Antiquities smugglers to face up to life imprisonment: Amendment 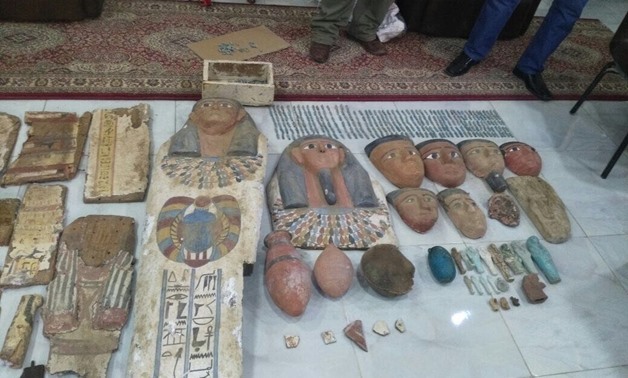 CAIRO – 3 January 2018: Parliament's Media, Culture and Antiquities Committee is preparing a report on an amendment proposed by the government to the antiquities protection law.

The amendment is to toughen punishment for smuggling antiquities up to a life sentence and a fine of LE10 million (about $0.56 million).

Minister of Antiquities Khaled Anani said in a statement in December that 329 ancient coins were seized with an Egyptian passenger at Cairo International Airport while trying to smuggle them to France.

According to police reports in November, the Egyptian Tourism and Antiquities Police managed to seize 464 artifacts including Ushabtis and statues, made of rare blue ceramic, from illegal antiquities merchants in Fayoum.

In August, a police conscript foiled an attempt to smuggle 124 antique pieces from a store belonging to the Ministry of Antiquities in Maadi, according to police reports.