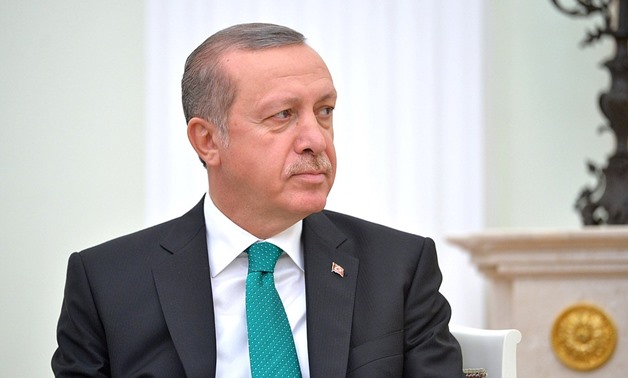 “Erdogan allowed gay Marriage and begged to join the European Union, but the Europeans dismissed him,” Marri said in an interview with Arab News.

Marri stated that Erdogan’s claim that his forefathers protected holy sites is not true. “His forefathers stole our Islamic monuments and transferred them to Turkey,” he added.

Marri also explained that one of the main reasons why he is speaking up is the return of the Turks to Qatar, a step that is welcomed by the Qatari regime.

“They did not come to Qatar because they love us or want to protect us. They came for money, and in attempt to avenge their forefathers who were expelled by our forefathers,” Marri pointed out.

Leaving Qatar for Saudi Arabia, Marri said that the reason why he had not spoken out against the regime earlier is his presence in Qatar and his fear of getting arrested. “Despite having Al-Jazeera (channel) in Qatar, we do not have freedom of speech,” Marri added.

“Although I am a Qatari citizen, I say that to live in a tent in a (Saudi) desert is better than to live on a land and get a salary that an Iranian, a Turk and a Muslim Brotherhood member are sharing with me,” Marri stated.

Al-Murrah tribal chief Sheikh Taleb bin Lahom bin Shraim had previously stated that Qatar withdrew his citizenship and the citizenship of 55 other members of the tribe, because they refused to denounce Saudi Arabia and the Kingdom of Bahrain when the Qatari regime asked them to.

Qatar also revoked the citizenship of the leader of the Shaml al-Hawajir tribe Sheikh Shafi Nasser Hammoud al-Hajiri and many other members, according to Qatari opposition sources.