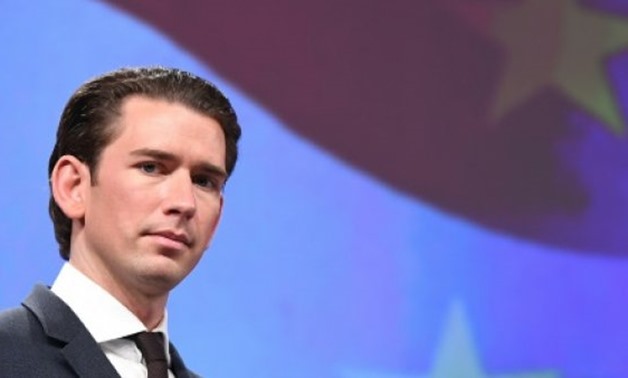 "We will determinedly fight anti-Semitism in all its forms -- those already existent but also imported into our country as an essential duty of our government," said the youthful conservative whose coalition also contains the hard right Freedom Party.

Kurz made his vow three days after neighbouring Germany's interior minister said that country should appoint an anti-Semitism commissioner to counter growing hate speech against Jews and Israel from both its home-grown far right and the immigrant community.

The Freedom Party, partly founded by former Nazis, has six cabinet posts -- including interior, defence and foreign affairs in the new Austrian government and Israel notably reacted by saying its ministers would not at least for the time being have any direct contact with them.

After several incidences of anti-Semitic language in the past the Freedom Party has in recent years sought to build links to the Jewish community.

The European Jewish Congress on Monday urged the party to adopt tolerance in relations with Austria's Jewish community as well as all sectors of society.

Their call came with Freedom Party leader Heinz-Christian Strache, the new vice-chancellor, having made one of his manifesto priorities a reduction of welfare aid to migrants while he has also stated that "Islam has no place in Austrian society."

Kurz has meanwhile harked back to Austria's past as the 80th anniversary approaches of the country's annexation by Nazi Germany, urging citizens not to forget "the sad and shameful days of March 1938," when Nazi troops marched in to a rapturous welcome.

Regarding his party's overall ambitions as part of the new government Strache told lawmakers that "we can't and don't want to change everything but to do things better," adding that criticism would spur them on.