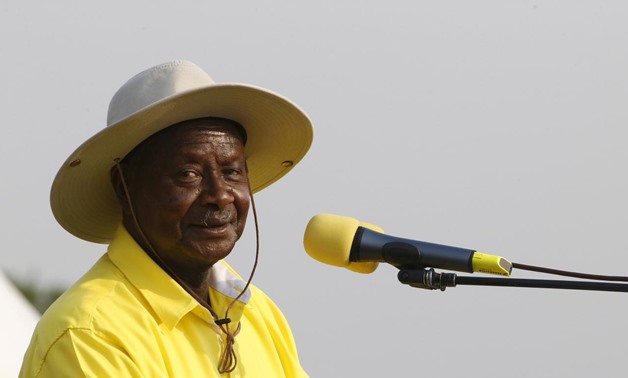 KAMPALA - 20 December 2017: Uganda's parliament abruptly adjourned a debate on Tuesday over extending President Yoweri Museveni's decades in power after a lawmaker said soldiers had entered the building and members of parliament scuffled with police.

"There were so many (soldiers), I saw them. They were in the chaplaincy," legislator Gaffa Mbwatekamwa, among several in Museveni's ruling party who oppose extending his rule, told a local television station.

Scuffles broke out between lawmakers and police shortly after speaker Rebecca Kadaga adjourned the debate, just moments starting it early on Tuesday. It was unclear what triggered the confrontation.

Television footage showed chaotic scenes of lawmakers and police both trying to address the cameras. The incident followed a similar disruption to a debate on the issue in September.

The army did not immediately reply to a request for comment. Police spokesman Emilian Kayima said they had no immediate comment but would issue a statement later.

Lawmakers were debating a draft bill that would remove a constitutional age cap that bars Museveni from standing again.

The constitution limits the age of a presidential candidate to 75, making 73-year-old Museveni ineligible to stand at the next election in 2021.

Museveni has ruled for 31 years but public anger is mounting over corruption, rights violations and poor social services.

The opposition, church leaders, and even some members of the ruling party oppose the amendment. Police have put down protests against it using teargas, beatings, detentions and live bullets. At least two people have been killed.

A previous attempt to debate the bill in September ended with lawmakers trading punches and throwing chairs and the forcible intervention of security forces. Several legislators were hospitalised with injuries.

Mbwatekamwa said he recognised some members of the military in parliament from the fracas in September.

"Some are in civilian clothes, some of the soldiers are the ones who manhandled us the other time," he said.

Proceedings resumed about two hours after they were suspended and stretched on for about seven hours before Kadaga adjourned them again to Wednesday, when a final vote on the bill is expected.

The latest attempt to debate the law started on Monday with the presentation of a report by a House committee. The speaker suspended six legislators opposed to the measure on Monday for disorderly conduct.

Both police and military have been deployed around parliament this week. Lawmakers say the heavy security is designed to intimidate them, but police say it is to prevent protests. The military usually does not comment on political matters.

Several African leaders have amended laws designed to limit their tenure. Such moves have fuelled violence in countries including Burundi, Democratic Republic of Congo and South Sudan