What everyone needs to know about law regulating use of drones 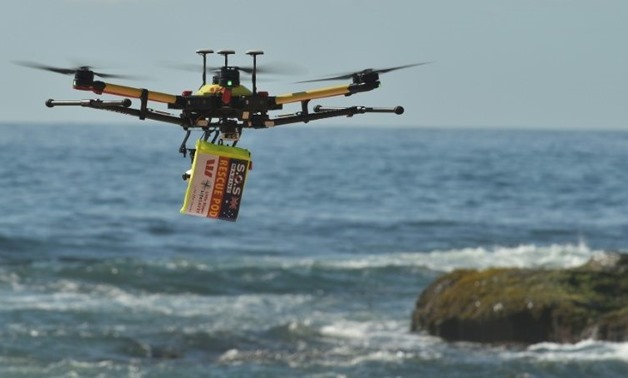 CAIRO – 19 December 2017: A law, approved on Monday, regulates the use of remotely operated aircrafts that might be used in terrorist attacks, stipulating fines and prison terms for any violations.

The draft law clarified the gravity of these drones, as some terrorist elements use them to spot armed forces and police positions, enabling them to target them remotely.

Article 1 of the law bans local administration units, such as public ministries, local councils, public institutions, companies and individuals from using, manufacturing, trading, assessing, importing or possessing drones unless they obtain a permit from the competent authority, the Ministry of Defense.

If the drones are used for terrorist activities, the punishment could be life imprisonment or the death penalty if a person was killed. The court will also confiscate the drones and hand them over to the armed forces for their use.

The law gives the members of the military judicial the status of judicial police commissioners for enforcing the executive regulation of the law and its issued resolutions.

According to Article 5, the Prime Minister shall issue executive regulation, including the specifications of drones as well as the conditions and procedures to implement the provisions of law within three months of the date of its activation and publishing in the Gazette.

According to the confirmations of the Defense and Security Committee at the Parliament, the law aims to protect Egyptian national security and to combat terrorist groups that could use drones to undertake its operations.

Consequently, the law makes the Ministry of Defense the sole authority responsible for licensing the use of drones especially those which are capable of carrying explosives or weapon systems and any individuals from importing, manufacturing, assembling, handling or trading without its permission.

Across the world, rules are being drawn up and refined to limit the use of drones, considering its potential dangers.

This came in the aftermath of many incidents which happened across the world. In October, a match in the Euro 2016 qualifier in Belgrade was stopped after a four-rotor drone carrying an Albanian flag was flown over the stadium. Also in France, nuclear power stations were illegally buzzed by drones in 2014.

In addition, an unidentified drone came close to hitting a plane as it landed at London’s Heathrow Airport in April 2016 with 132 passengers and five crew members on board. Fortunately, the plane was landed safely.

Hence, the Civil Aviation Authority (CAA) sets the rules on drones in the UK, called an air navigation order.

According to the authority, an unmanned aircraft must never be flown beyond the normal sight of the person operating it, and if it is with camera it must be flown away from people, vehicles, buildings and airports. For the commercial purposes, operators must fly drones under the permission of CAA.

The CAA prosecuted two Unmanned Aerial Vehicle (UAV) operators relating to safety breaches. There have been arrests, such as that of a man from Nottingham in October for flying a drone over Manchester City's stadium during their game against Tottenham Hotspur.

In the United States, the Federal Aviation Administration limits the use of drones, as in July two men in New York were arrested after flying their drone into a police helicopter. It states that if these drones are used within five miles of an airport, its air traffic control tower should be notified in advance.

Besides, UN experts have expressed their concerns over the use of drones in Pakistan and Afghanistan by the U.S. to target militants. They said that this use should be regarded as a breach of international law, unless Washington can demonstrate that it follows the appropriate precautions and accountability mechanisms.

In this regard, in August 2010 the UN Secretary General Ban Ki-moon visited Pakistan during which he expressed his concerns about killing people by such drones and underscored the need to strictly regulate its use under international laws.

Also, Executive Chairman of Google and an Adviser to Barack Obama's presidential campaign Eric Schmidt warned of drones that could fall into the hands of terrorists and democratize potential war and spy on neighbors, during an interview with the Guardian in 2013.