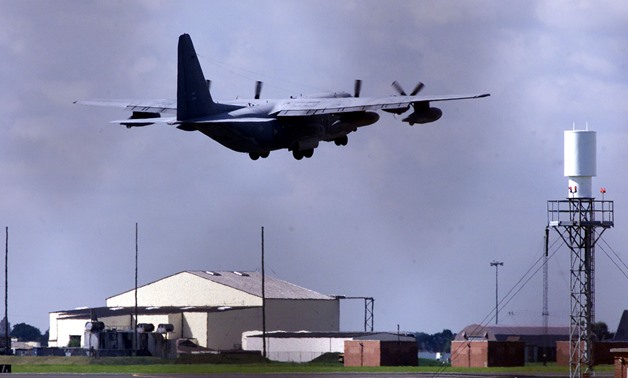 LONDON - 18 December 2017: British police arrested a man who tried to force his way into a military base in central England used by the U.S. air force, triggering a brief lockdown.

The Mildenhall Royal Air Force base said security staff locked down the base, used by the United States to refuel U.S. and NATO aircraft in Europe, at about 1300 GMT following reports of a disturbance.

“The incident has been contained,” a U.S. Air Force spokeswoman said. “There is a suspect that has been apprehended.”

Britain’s Ministry of Defence said it was aware of an incident at the base and that police were taking a lead in the case. The U.S. embassy declined immediate comment.

“Members of the public are asked to avoid the area around RAF Mildenhall for the time being,” Suffolk Police said.

The 1,162-acre base, which houses about 3,100 U.S. military and an additional 3,000 family members, is set for closure after the U.S. said it was going to move is operations from the base to Germany.