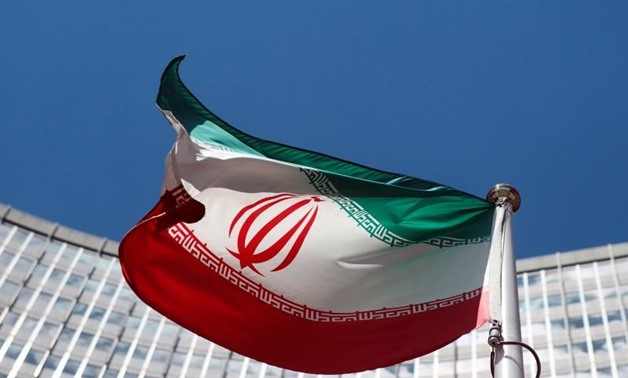 An Iranian flag flutters in front of the United Nations headquarters in Vienna June 17, 2014. REUTERS/Heinz-Peter Bader

LONDON - 17 December 2017: Iranian state television broadcast on Sunday what it described as the confessions of an Iranian academic with Swedish residency who it said had provided information to Israel to help it assassinate several senior nuclear scientists.

His wife, speaking by telephone from Stockholm, said he had been forced by his interogators to read the confession.

Djalali was arrested in Iran in April 2016 and later convicted of espionage. He denied the charges.

In the television report, Djalali was linked to the assassination of four Iranian scientists between 2010 and 2012 that Tehran said was an Israeli attempt to sabotage its nuclear energy programme.

Djalali said in the report that he had given the Israeli intelligence agency Mossad information about key nuclear scientists.

"They were showing me pictures of some people or satellite photos of nuclear facilities and were asking me to give them information about that,” Djalali said in the television report.

Vida Mehrannia, Djalali’s wife, said her husband had been forced to read a pre-agreed confession in front of the camera.

"After three months in solitary confinement, his interrogators told him that he would be released only if he reads from a text in front of the camera," she told Reuters by telephone from Stockholm.

"My husband told me that they shouted at him each time he was saying something different from the text and stopped the filming," Mehrannia added.

The film said Djalali had agreed to cooperate with Israel in return for money and residency of a European country.

"We have not received money from anyone and our lifestyle shows that. We don't have a house or a car. We got our Swedish residency after finishing our studies here," Mehrannia said.

The film also contained interviews with Majid Jamali Fashi, an Iranian athlete who was hanged in 2012 over the killings of the nuclear scientists.

Djalali is the second person found guilty in the same case.

"Djalali did not have any sensitive information about Iran’s nuclear programme. If he had, he would have been barred from leaving the country," Mehrannia said.

Sweden has condemned the death verdict against Djalali and said it had raised the matter with Iranian envoys in Stockholm and Tehran.

Seventy-five Nobel prize laureates petitioned Iranian authorities last month to release Djalali so he could "continue his scholarly work for the benefit of mankind".

They said Djalali has suggested it was his refusal to work for Iranian intelligence services that led to this “unfair, flawed trial”.

The United Nations and international human rights organisations regularly list Iran as a country with one of the world’s highest execution rates.

Iran's Revolutionary Guards have arrested at least 30 dual nationals during the past two years, mostly on spying charges.