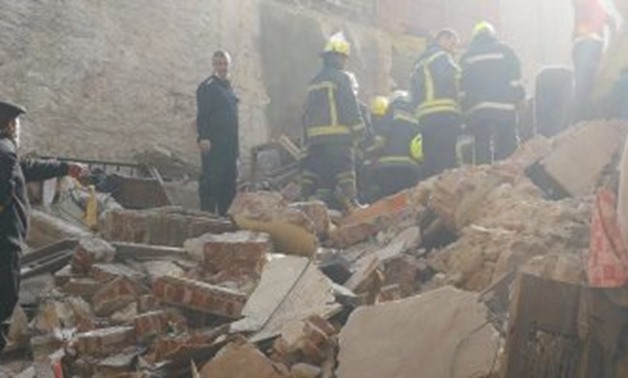 The two dead people are a 45-year-old woman, and a five-year-old child. Residents of surrounding buildings were evacuated and granted make-shift residences.

Illegal and old buildings that must be demolished, and whose residents refuse to leave, are common in Egypt.

The latest incident was in May when a 12-storey building in Al-Azarita, an Alexandrian neighborhood, leaned over another building due to structural damage. Nineteen families were evacuated from both buildings and no injuries or deaths have been reported.