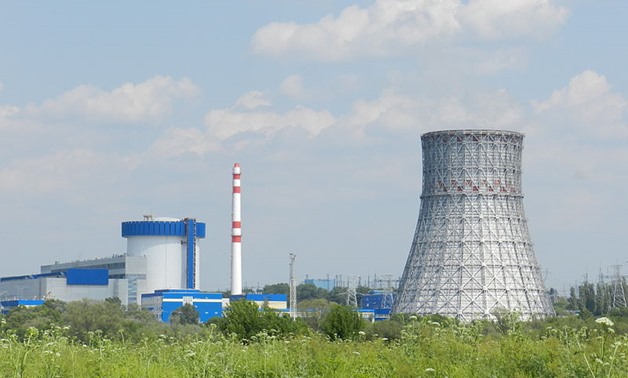 CAIRO - 11 December 2017: After 54 years of struggle to own a nuclear reactor for electricity production, Egypt will sign final contracts with Russia to start building the country’s first nuclear power plant for peaceful activities. Here is Egypt’s nuclear history.

1961– In cooperation with Russia, the Inshas nuclear research facility in Sharqiya governorate, 60 kilometers east of Cairo, was Egypt’s first trial to use atomic energy. It has been used in agriculture and industrial research.

1964 – Egypt intended to have a nuclear reactor and offered an international tender to build it in Sidi Krir, near Alexandria. However, the project stopped due the war with Israel in 1967, as well as the Three Mile Island accident, in which a U.S. reactor suffered a partial nuclear meltdown.

1981 – The notion of possessing a nuclear power plant was revived and Dabaa city was announced – per a presidential decree – as nuclear plant location. Dabaa is located in Marsa Martouh governorate, 183.9 miles from Cairo on the North Coast.

1982 – The government evacuated 500 families from their homes in Dabaa to make way for the plant.

2006 – Former President Hosni Mubarak announced he would revive the Dabaa project, but nothing was changed.

2011 – The Supreme Council of the Armed Forces (SCAF) announced during its one-year rule following the January 25 Revolution that Dabaa is a “suitable” location and that the government will pay compensation to evacuated residents.

2014 – In his inauguration, President Abdel Fatah al-Sisi announced the Dabaa plant would be built during his tenure. In November, Sisi agreed with Russian President Vladimir Putin that Russia would cooperate in building the plant.

2015 – Russia and Egypt initialed nuclear cooperation agreements to build the nuclear plant. On Aug. 26, both countries signed contracts to build the first phase of the plant that includes four out of eight reactors. It was scheduled that Dabaa residents would receive their houses in the new Dabaa city, which was built by the armed forces in 2015.

2017 – Egypt’s parliament approved the deal with Russia. The Dabaa Atomic Technical School was built, while a new city for Dabaa residents is being constructed. President Sisi and Russian President Vladimir Putin will attend the ceremony of signing the final contracts of the project.

2022 – The trial operation of the nuclear reactors will be carried out; each reactor will produce 1,200 megawatts.