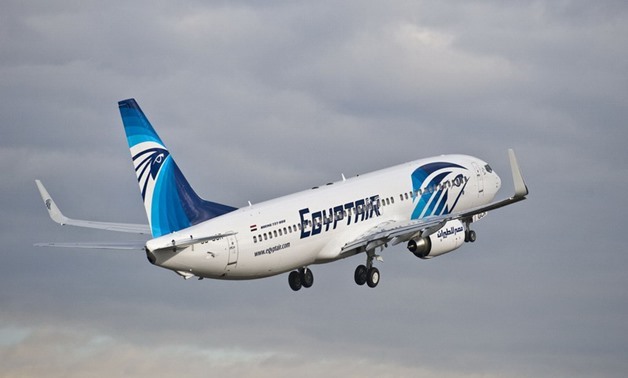 By: Egypt Today staff
CAIRO - 7 December 2017: "The ninth plane of the Boeing (B737-800 NGs) is scheduled to arrive next Saturday December 9," EgyptAir Chairman Safwat Musallam said on Thursday.

"As part of the plan to increase the EgyptAir fleet to keep up with the latest international models in aircraft, Boeing planes B737 / 800NGs are being added as they are the most popular globally," Musallam mentioned.

Musallam added that one of the reasons to choose the B737 / 800NGs model is EgyptAir's keenness to unite the existing fleet’s model, as EgyptAir currently has 29 (B737 / 800NGs) planes.

He added that the renewal of the fleet in general by relying on the latest aircraft equipped with high technology always offers a competitive advantage among airlines, as reflected in passenger choices for the airline.

An EgyptAir delegation headed to New York, U.S.A on December 4 to receive the latest B737-800 NGs plane under a new deal, according to a statement from the Civil Aviation Ministry.

In July, EgyptAir announced purchasing nine of the latest 737 aircrafts, valued at about $864 million (approximately LE 9 billion).
Moreover, the eighth Boeing plane (B737-800 NG) arrived to Egypt on Saturday under a deal involving nine aircrafts.