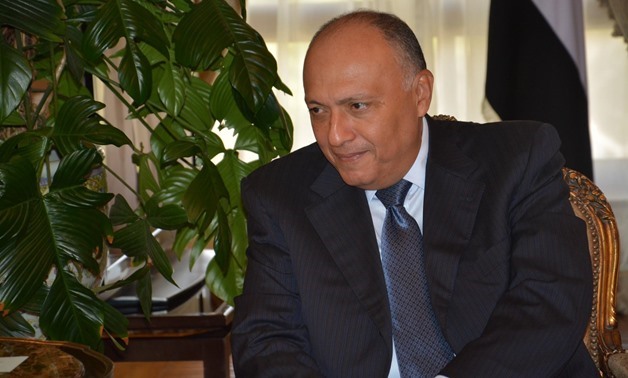 CAIRO - 16 November 2017: The foreign ministers of Egypt, Tunisia and Algeria stressed their countries' constant stances on joint action to maintain efforts meant to achieve stability in Libya and rebuffing any foreign interference.

This came in a a joint statement called "The Cairo Declaration" read by Egypt's Foreign Minister Sameh Shoukry following his talks with counterparts of Tunisia Khemaies Jhinaoui and Algeria Abdelkader Messahel.

They appreciated the efforts of the UN Libya envoy and expressed support for his plan to settle the Libyan crisis.

The top diplomats said they reviewed efforts exerted by their countries over the recent period to achieve accord among the disputing parties in Libya.