No single journalist is detained: Makram 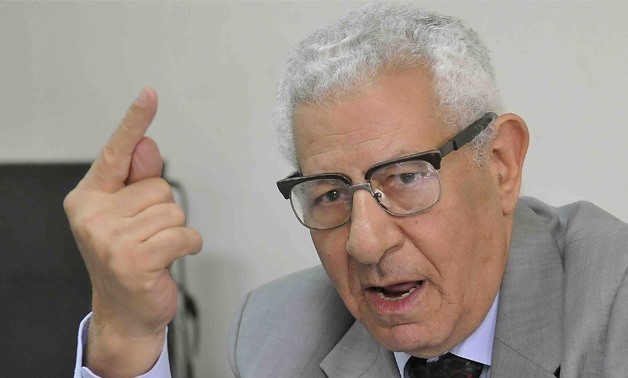 CAIRO – 15 November 2017: Makram Mohamed Ahmed, the head of the Higher Council for Media Regulation (HCMR), stated on Wednesday that no single journalist is detained in Egypt because of his/her ideas, religion or beliefs, and that most sites that are blocked follow the Muslim Brotherhood.

In a press conference, Ahmed said that most of the news sites that were blocked during the last period belong to the Muslim Brotherhood.

“Freedom does not mean leaving sites that belong to a group which millions of Egyptians protested against (Muslim Brotherhood) free to publish lies about the June 30 Revolution, claiming that it was a military coup,” Ahmed said.

“So far, we have not disagreed with anyone on any political issue and we are trying to protect the profession,” Ahmed explained.

On May 25, a total of 21 websites were blocked in Egypt, including Qatar’s Aljazeera on allegations of publishing content that “supports terrorism and deliberately spreads lies.”

Since then, Egyptians have not been able to access pro-Islamistnews websites and other venues such as Masr al-Arabia, Arabi 21, Al-Sharq, Klmty, al-Horria Post, Hasam Egypt, Ikhwan Online, Rassd, Cairo Portal, Egypt Window, as well as the website of Palestinian group Hamas.

Aljazeera and several Qatari news websites, such as Al-Arab and Al-Watan, have also been blocked in Saudi Arabia, the United Arab Emirates, in addition to the Egyptian pro-Muslim Brotherhood website Rassd. The reaction from the Gulf states comes after a statement that attacked Gulf countries was attributed to Qatari Emir Tamim bin Hamad Al Thani.