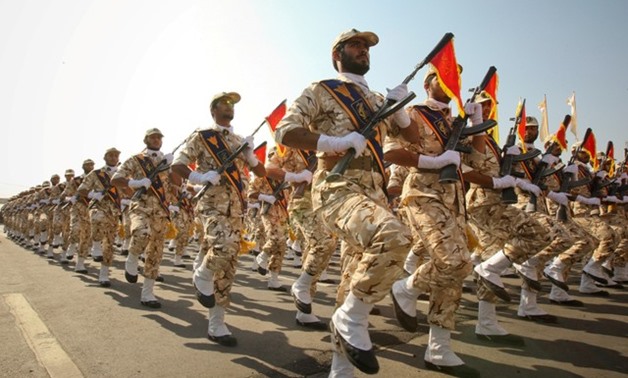 Members of the Iranian revolutionary guard march during a parade to commemorate the anniversary of the Iran-Iraq war (1980-88), in Tehran September 22, 2011. REUTERS/Stringer

NEW YORK - 15 November 2017: The UN General Assembly has passed a resolution against serious human rights violations in Syria, most notably is their call on Iranian militias to leave Syria.

The UN resolution condemned systematic violations and abuses against Syrian civilians since the start of the revolution in 2011, Al Arabiya website reported Wednesday.

The UN also held the regime accountable for the violence.

Meanwhile, the Third Committee of the UN General Assembly passed a resolution on Tuesday which condemns Iran for its widespread violations, increased executions and repression of nationalities and religious minorities.

Supporters of the resolution expressed their concern about the increasing number of human rights violations in Iran, including high death rates, discrimination against women, ethnic and religious minorities and arbitrary arrests of activists, journalists and critics.