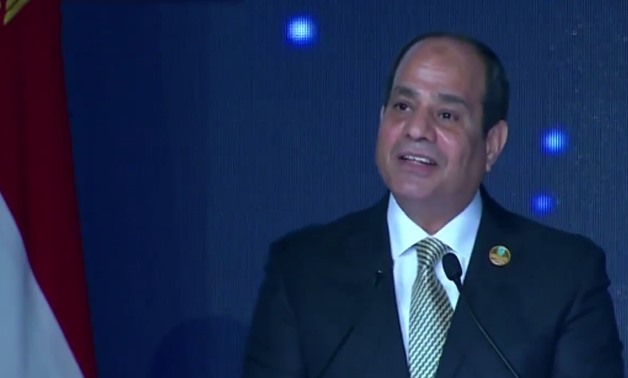 CAIRO - 13 November 2017: Egyptian President Abdel Fatah al-sisi held a meeting on Monday with the Head of Cabinet, the Governor of the Central Bank, and a number of ministers on the sidelines of the World Trade Forum set of recommendations.

“The meeting witnessed the review of the results and recommendations achieved during the World Youth Forum held in Sharm El-Sheikh last week,” said Bassam Rady, the Egyptian Presidency spokesman. .

Rady added that the President stressed the need to work on implementing the decisions given to the government and the concerned authorities so as to make use of talented youth across fields.

With regards to the service sector, the spokesman clarified that the meeting further reviewed the government’s procedures for providing commodities at appropriate quantities and prices in various governorates.

In this context, Minister of Supply Ali El-Moselhi also presented the current situation of rice crops received from farmers, as well as the new system adopted to distribute bread nationwide.

During the meeting, Sisi further gave direction to intensify control procedures on markets and outlets to combat the monopoly of goods and ensure that they are not overpriced to relieve the burden on citizens.

Under the theme ‘We Need to Talk’, the first round of the conference was held in Sharm El-Sheikh during November 4-10 with the participation of 3,200 youths from 113 different countries.

The idea to hold an international youth conference in Egypt came during the third National Conference of Youth (NCY) in Ismailia.