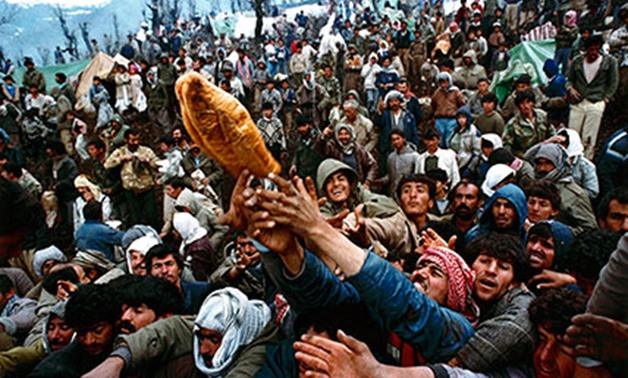 By Isabel Coles PAST: Kurdish refugees struggle for a loaf of bread distributed as part of a humanitarian aid effort in 1992. REUTERS/Yannis Behrakis

BAGHDAD – 25 October 2017:Nearly 30,000 Kurds have been displaced from Tuz Khurmato, a multi-ethnic city south of Kirkuk where sectarian and ethnic tension flared after Iraqi forces took over the region, humanitarian organisations said on Wednesday.

Most of the displaced people are staying in open shelters and in need of urgent aid, according to officials from two international humanitarian organisations who spoke to Reuters.