Cuba has duty to prevent attacks on US envoys: Trump 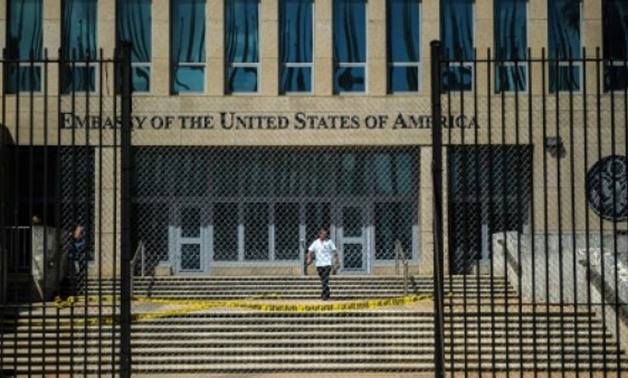 WASHINGTON – 17 October 2017: President Donald Trump said Monday that Cuba has a responsibility to prevent further covert attacks on the health US diplomats at their mission in Havana.

Asked by reporters whether he agreed that the Cuban government is capable of halting the mystery attacks, Trump said: "I do believe Cuba is responsible.

"I do believe that and it's a very unusual attack, but I do believe Cuba is responsible. Yes," Trump told reporters.

In a Twitter exchange with an AFP reporter, Secretary of State Rex Tillerson's chief public affairs adviser R.C. Hammond confirmed that Trump means that Cuba has a "responsibility to prevent attacks, protect diplomats."

US officials have not accused the Cuban government of ordering the attacks, but have become increasingly frustrated at their failure to identify and catch those responsible.

The mysterious attacks, which US officials initially suggested could have been carried out with some sort of covert acoustic device, have affected at least 22 US embassy staff in Havana.

The last instance occurred in August.

In response, the US has withdrawn more than half the personnel from the US embassy in Cuba and ordered the expulsion of 15 Cuban diplomats in the United States.

US relations with Havana were only fully restored in 2015 -- after a half-century Cold War breakdown -- and have deteriorated since Trump took office in January.