$5 million spent by Qatar on ads to lift boycott 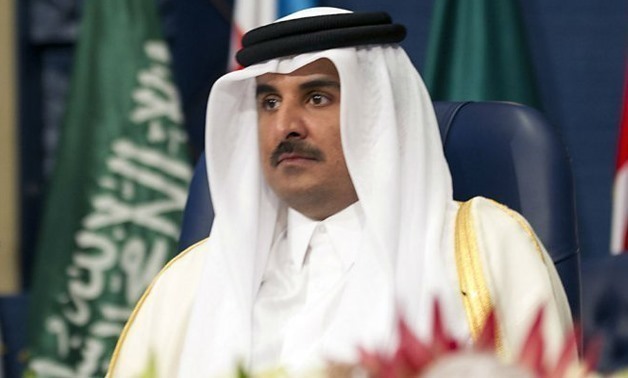 CAIRO – 15 October 2017: Qatar spent nearly $5 million on U.S. lobbying and media campaigns to expand its influence after the Arab quartet cut off ties with it, according to a report released by the Center for Responsive Politics Friday.

Since the boycott in June, Qatar tried to gather foreign support from Trump's administration to end the isolation imposed on it for funding terrorism.

The Qatari regime contracted the lobbying firm BlueFront Strategies to prepare a media campaign denouncing the Arab boycott, and to target the 72nd session of the UN General Assembly held in September. The firm’s compensation for the campaign amounted to $100,000 from September 12 to October 1.

Qatar's campaign aimed to inform the UN General Assembly about the need to lift the boycott imposed on it; targeting powerful decision-makers attending the General Assembly including Trump, according to the contract with BlueFront.

After the campaign, the U.S. military halted some exercises in several Gulf countries, according to CBS News.

In addition, BlueFront planned the release of ads across multiple social media platforms such as YouTube, Twitter and Snapchat, with the username @LiftTheBlockade. These ads are targeting the United Nations Headquarters, the Intercontinental Barclay and St. Regis hotels, the Financial District and the Times Square/Midtown areas, and John F. Kennedy Airport, referred the report.

ICYMI: Our ad in Tuesday’s @FT edition. Learn the truth about the block against Qatar at https://t.co/rMOWrHDONc #LiftTheBlockade pic.twitter.com/m8hvvCNkwc

The ads are also produced for print and online display in The New York Times, The Financial Times, The Wall Street Journal, The Washington Post, The New York Post, and Politico.

Qatar turned to advertising firms in Washington D.C. such as Ashcroft Law Firm, McDermott, Will and Emor, Stonington Strategies, and Nelson Mullins.

ICYMI: Our ads on mobile billboard trucks this week in NYC. Learn the truth about the blockade against Qatar at https://t.co/rMOWrHDONc pic.twitter.com/X8yZnBZD5N

The tiny Gulf emirate of Qatar, and its officials still call the Arab boycott over its support to terrorism a blockade, but it contradicts the status quo.

The difference between the blockade and the boycott is huge. Boycott means a withdrawal of diplomatic and economic relations by a state or a group of states with another state, but blockade is completely besieged by sea, air and land and the prevention of any commercial or external contact with them.

“The above information comes from the Center for Responsive Politics’ Foreign Lobby Watch database, which curates the public forms companies representing foreign powers [as they] must file with the Department of Justice under the 1938 Foreign Agents Registration Act (FARA).”

Qatar suffers an economic crisis, as Saudi Arabia, the United Arab Emirates and Bahrain closed the only land route into Qatar and refused to allow the use of their sea ports or airspace, affecting Qatar's exports and imports.

In this regard, the World Trade Organization (WTO) issued a document revealing that Qatar has called on it to form a dispute panel to push back against its neighbors, as mentioned in Stratford Center for Research.