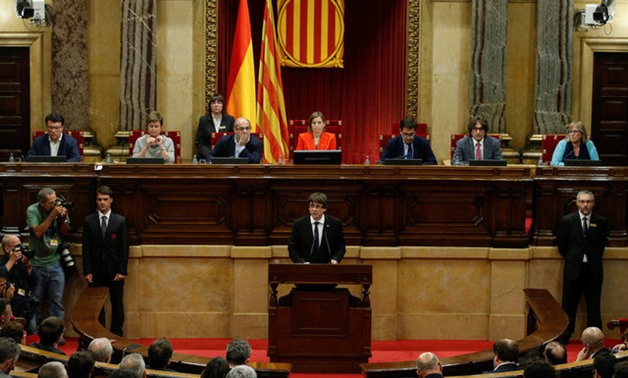 MADRID - 10 October 2017: Catalan leader Carles Puigdemont on Tuesday proclaimed the region's independence from Spain but said the effects would be postponed to allow for talks.

"I assume the mandate that Catalonia should become an independent state in the form of a republic ... I propose suspending the effects of the declaration of independence to undertake talks to reach an agreed solution," Puigdemont told the regional parliament.

He however stopped short of seeking the explicit support of the chamber for the declaration of independence in a vote.