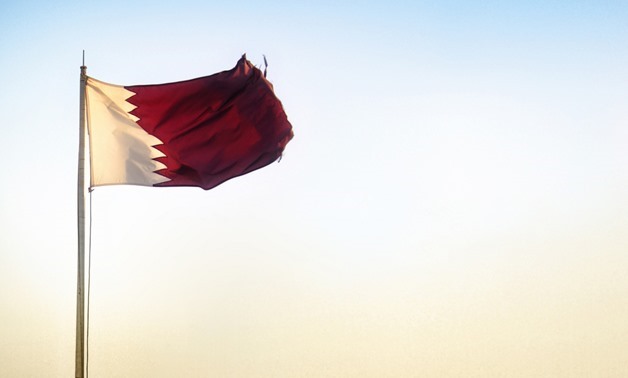 CAIRO – 26 September 2017: Amid the unstable circumstances in Qatar following the recent Qatari crisis, possible candidates to rule Qatar after Tamim Bin Hamad Al-Thani have been looked into, Sheikh Abdullah Al-Thani, son of the late Emir of Qatar Ali bin Abdullah Al-Thani, is the fortrunner.

Who is Abdullah Al-Thani?

His father is the late Emir Ali bin Abdullah Al-Thani. He is also the grandson of the third ruler of Qatar, Abdullah bin Jassem Al-Thani and the brother of Sheikh Ahmed bin Ali Al-Thani, who was overthrown by his cousin Sheikh Khalifa bin Hamad Al-Thani in February 1972. Abdullah Al-Thani is considered a senior member in Al-Thani family and is looked upon as a "mediator" in the Qatari crisis, according to Al-Arabiya.

Some members of the Qatari royal family have welcomed greatly the statement issued recently by Sheikh Abdullah bin Ali Al-Thani published on his official Twitter account, regarding the current political crisis in the Arab Gulf region, according to Al Arabiya.

In the tweets, he calls for ending the crisis and calls for the members of the Qatari royal family and other prominent Qatari figures to meet together to look into the situation of the future of their country.

The Qatari opposition's conference on Qatar in London, last week, called for the appointment of Sheikh Abdullah Al-Thani as the governor of Qatar instead of Tamim.

Furthermore, according to BBC, Saudi media is carrying out a campaign of praise for Abdullah Al-Thani, as a person who shall play an important role in solving the Qatari crisis.

The future of the Qatari crisis; speculations

Mohamed Al-Manisi, a former ambassador of Egypt to Qatar, said in a statement to Egypt Today, that “the solution to end the Qatari crisis is a coup against Tamim from within the royal family itself.”

However, he also pointed out that the tight security measures around Tamim and his family by Iran's Revolutionary Guards would make such an option difficult.

“How long Tamim will continue as the ruler of Qatar depends on the ability of his rivals in overthrowing him,” said Al-Manisi.

On Shiekh Abdullah Al-Thani, Al-Manisi noted that he is a “possible candidate” to succeed Tamim, given that his grandfather was the Emir of Qatar.

On his part, Dr. Hassan Nafaa, professor of Political Science in Cairo University, said that the successor of Tamim “should be determined by the Qatari people,” noting that this is “an issue of domestic concern” to the Qatari people only, while stressing that “the prolongation of the crisis is not anybody’s favor.”

Dr. Noha Bakr, an expert on international relations and professor of political science, said in a statement to Egypt Today, that the “Qatari crisis must be resolved in order to unify the Arab countries,” pointing out to the security and economic risks that come with the crisis.

“The U.S. supports Qatar, given that Qatar hosts a U.S. military base on its land that is hard to dismantle,” she noted.

Al Udeid air base, is considered the largest U.S. military facility in the Middle East.

Dr. Nadine Sika, assistant professor in the American University in Cairo, described the Qatari crisis as "regional rivalry, with KSA and the UAE wanting more influence in the region," stressing that she doesn't see Tamim's ruling coming to an end, as it had already survived three months under the boycott.

On Sheikh Abdullah Al-Thani, Dr. Sika shares former ambassador Al-Manisi's view, that he could be a "potential candidate," given his legacy and that he is "backed by the UAE and Saudi Arabia," pointing out that she doesn't see "a potential for change in leadership" in the current circumstances.

That is given previous attempts at "counter coups against Khalifa" took place twice since he came to power in 1995, but didn't succeed in achieving its designated purpose, Dr. Sika explained.

Even when asked if a female could succeed Tamim, such as Sheikha Mozah, she stated that “she’s [Sheikha Mozah] the main reason why both Tamim and his father are disliked in the Gulf region. It is also known that she is actually the one ruling behind the scenes.”

She also noted that the Qatari opposition figures being based outside Qatar gives them "limited accountability" among the Qatari people.

Dr. Sika denied the idea that Tamim transferring power to one of his siblings "won't solve the problem," as the main problem between Qatar and the Arab quartet is "with his maternal part of the family."

Tamim has recently faced public outrage from the Qatari royal ruling family, the Qatari people, as well as fellow Arab countries. On September 14, the Qatari opposition organized a conference on Qatar in London and was attended by several politicians, academics and a number of Qatari citizens.

On the other hand, Qatari royal family members Abdullah bin Ali Al-Thani and Sultan bin Suhaim Al-Thani released separate statements earlier this week, criticizing Qatar under Tamim’s ruling and calling for the “members of the Qatari royal family and the prominent figures of the emirate to launch a national meeting over the current political crisis,” said Abdullah Al-Thani in a tweet.

It has been four months since the Qatari crisis started. On June 5, the four countries — Egypt, Saudi Arabia, the UAE and Bahrain — severed their ties with Qatar over its support of terrorist groups. They asked Doha to stop funding terrorists in the region and demanded that the 13 conditions be met in order for dialogue to begin. The Arab countries also closed off all points of entry for Qatari transportation.

During his speech on Thursday, from the podium of the 193-member United Nations General Assembly, Sheikh Tamim renewed the call “for an unconditional dialogue based on mutual respect for sovereignty,” while directing strong criticism towards the four Arab countries.