No sustainable development in Egypt without empowering women 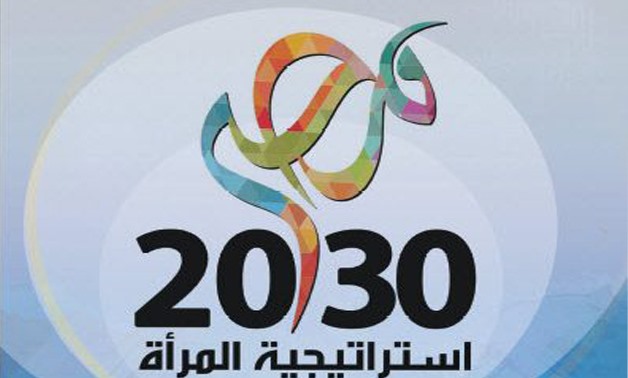 Photo courtesy of the National Council of Women (NCW)

CAIRO – 13 September 2017: In March, President Abdel Fatah al-Sisi announced 2017 as the “Year of the Egyptian Woman” in response to a proposal by the National Council for Women (NCW). This progressive step came to emphasize Egypt’s commitment to support women’s empowerment, advance women’s rights and spotlight the vital role Egyptian women continue to play in developing the country. It also highlights the need to exert efforts to empower and enhance the status of women in various social, economic and political fields.

On various occasions, Sisi was keen to emphasize the importance of Egyptian women’s role in society and to direct the public opinion towards perceiving women as vital to the country’s future prominence. "It is a national duty and responsibility for [our] history to accelerate the pace of women's empowerment and to preserve their rights and place them in a stature worthy of their value, capabilities, and sacrifices throughout history," Sisi said in a speech on Mothers’ Day. Sisi added that “stability and progress can only be achieved through ensuring the effective participation of women in all aspects of national work.”

More Egyptian women were able to break the glass ceiling and assumed decision-making positions to better represent women’s needs and priorities since the announcement of the “Year of the Egyptian Woman 2017.” These positions include important posts in the public sector and strategic ministerial positions, like the Ministry of Social Solidarity, the Ministry of Investment and International Cooperation, and the Ministry of Immigration and Expatriate Affairs. Furthermore, Egypt witnessed the appointment of the first female provincial governor, Nadia Abdou. Also, many public and private universities raised the number of female professors and deans.

In conjunction with the “Year of Egyptian Woman” and within the framework of Egypt’s sustainable development agenda 2030, the 2014 Constitution and international conventions, Sisi launched the first strategy for women’s empowerment on the international level, the “Egyptian Women Strategy 2030”, prepared by the NCW and its governmental and non-governmental partners. The strategy holds empowerment and equality in the heart of its goal to achieve social justice and better participation and representation of women in all decision making positions. It also empowers women and integrates them as active participants and equal contributors to Egypt’s sustainable development.

The strategy helps harmonize the work of various actors in the society to achieve the desired goal, women empowerment and gender equity and equality. It provides a general reference and indicative framework for plans and programs aiming to offer a decent life for all women, in rural and urban areas, through enabling them to achieve self-fulfillment.

The strategy’s vision is “By 2030, Egyptian women will become key players in achieving sustainable development in a state that guarantees all their rights by the Constitution, provides full protection without discrimination, in economic, social and political opportunities, to enable them to improve their capabilities and achieve their self-fulfillment.“

It takes into account the different stages and roles of a woman’s life cycle, which increase the social and economic burdens on them and require all the social support to enable women to contribute to the development of the country without prejudice to their family responsibilities.

Political empowerment of women and the enhancement of their leadership role: by stimulating the political participation of women in all forms, including representation in national and local councils and preventing discrimination in high-level positions, including the executive and judicial institutions and in preparing women to thrive in such positions.

Economic empowerment of women: including developing their capacities to expand their employment options, increase their participation in the labor force, secure equal opportunities for women and men in all sectors, including the private sector, and prevent practices that perpetuate discrimination against women.

Social empowerment: through creating opportunities for greater social participation of women and preventing practices that perpetuate harm and discrimination against women. This pillar also focuses on assisting women in obtaining their rights in various areas and to provide education and health services to women, as well as to support women living in difficult circumstances, including older and divorced women, and to empower young women and increase their social participation.

Protection: through the elimination of all negative phenomena that threaten the life, safety and dignity of women, and jeopardize their full and effective participation in all life aspects. These negative phenomena include all forms of violence against women, as well as environmental hazards that affect women socially or economically.

The strategy sets out a set of mechanisms to achieve its pillars: addressing the culture of discrimination against women by eliminating all aspects of abuse against women and correcting the presented image of women by media, considering women empowerment a social responsibility of all segments of society, especially boys and men, supporting women to obtain their full legal rights, paying attention to marginalized and poor women, as well as the disabled, amending the personal status law to ensure that women obtain their rights, and finally renewing the religious discourse to promote the role of women in general and their eligibility to hold public office positions in particular.