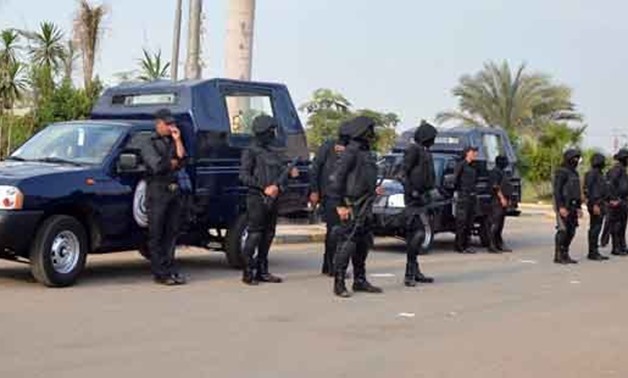 CAIRO - 15 August 2017: Three terrorists were killed while exchanging fires with security forces on El-Farafra road, Dairout on Monday, according to the Interior Ministry statement.

The security forces could find with them 2 rifles, 2 grenades and 12 rifles ammunition.

This was among the Interior Ministry’s plan to catch the remnants of the terrorist leader Amr Saad Abbas Ibrahim that involved in several violent attacks including the attack on Tanta and Alexandria churches.

Three remnants have escaped to governorates in Upper Egypt, where they stopped two cars on Farafra road, Dairout on August 13 and seized them at gunpoint; then they hid in the Farafra region. The police were informed about the place of one of them who blew himself off when police raided the place.

On Monday, the security forces identified the location of the whereabouts of the other two terrorists. Once they saw security forces, they opened fire and the police engaged in gun battle against them shot them in return. The situation resulted in their death and one of them was a result of him wearing an explosive belt that exploded due to gun battle.