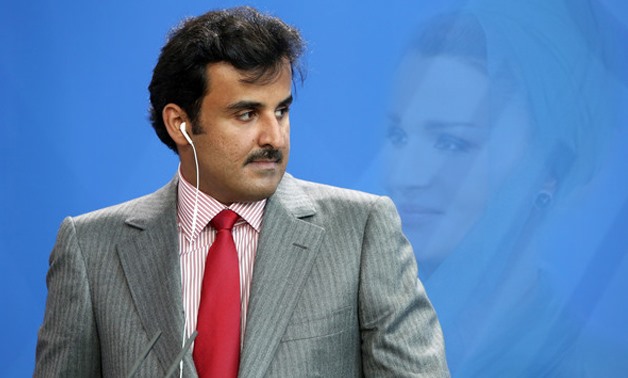 CAIRO – 21 July 2017: As tension rises between Qatar and its neighboring countries over accusations of supporting and financing extremist groups in the region, more light is shed on the tiny emirate and its Emir Sheikh Tamim Bin Hamad Al Thani.

Taking over the reins

Tamim became Emir of Qatar on June 25, 2013 as his father, Sheikh Hamad bin Khalifa Al Thani, decided to abdicate, 18 years after stripping his own father of the title in a successful coup d’état.

In 1995, Sheikh Hamad seized an opportunity to claim complete power over the country as his father, Sheikh Khalifa Bin Hamad Al Thani, was on a visit to Switzerland.

He even froze his exiled father’s assets to prevent any counter-coup.

At the tender age of 23, Tamim was appointed crown prince and heir-apparent as soon as he graduated from Britain’s Sandhurst Military Academy, while his older brothers, however, were pushed aside.

Without a doubt, Tamim’s mother, Sheikha Mozah bint Nasser Al-Missned, was able to alter the balances of power in Qatar since she married Sheikh Hamad.

Her father was an opponent of Sheikh Khalifa bin Hamad bin Abdullah Al-Thani, grandfather of the current emir.

As a result, the family lived in exile in Egypt and Kuwait but returned for the Sheikha’s marriage in 1977 to then crown prince Sheikh Hamad, becoming his second wife.

Missned stood behind her husband Hamad as the first instigator to turn on his father to take over the throne in 1995, until the same scene was repeated with her son Tamim to take office in June 2013, and to be the common denominator between them.

Saud bin Nasser Al-Thani, a dissent from the Qatari royal family, stated to media outlets in June that Tamim is not the actual ruler of Qatar, but his mother. He said Sheikh Mozah has an office in the Emiri Diwan, called the Executive Office, which runs Qatar, while Tamim is just a cover.

She could not have done the same if Tamim’s older brother, Jassim Bin Hamad Al Thani, was in power, due to his strong personality, according to Saud.

Sheikha Moza was keen to remain Qatar’s first lady, even after Hamad himself.

She plotted a coup against the prince royal of Qatar, Meshaal bin Hamad; She portrayed him as a religious extremist and claimed that he represented a threat to the ruling family.

As a result, Sheikh Hamad issued a decision to appoint his second son, Fahd, as prince royal, while Meshaal became the personal representative of the Emir of Qatar.

Sheikha Moza, of course, was not also satisfied with that decision because she wanted one of her sons to be the prince royal.

She convinced Hamad that Fahd was planning a coup against him. Hamad was outraged, and expelled Fahd from the army and placed him under house arrest.

A few weeks later, Jassim, the eldest son of Missned, was declared as crown prince in October 1996, but under mysterious circumstances, Jassim relinquished his post in 2003 to his younger brother Tamim.

Missned was still afraid of her fate after the death of Emir Hamad, especially since he suffered a chronic health crisis. She managed to convince the sick emir to give up the emirate for his son Tamim, to spend the rest of his life away from the pitfalls of politics and its battles.