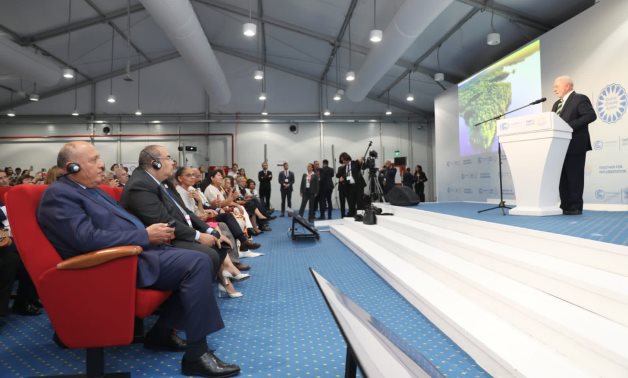 Brazilian president-elect Luiz Inacio Lula da Silva reaffirmed his intention to set his nation on a path to "defeat deforestation and global warming."

"The world is missing Brazil, said Lula in a speech at COP27 in Sharm El Sheikh on Wednesday, adding that "Brazil is back."

Lula reiterated his promise to end deforestation and to protect the territorial rights of Indigenous people in the region whose land has been exploited by loggers, miners and squatters under his predecessor's watch.

"We are going to make a big fight against illegal deforestation," Lula said.

He noted that Brazil is back to combat poverty in the world and cooperate with poor nations in Africa. Lula also confirmed his plan to strengthen oversight in the Amazon, noting that 28 million people living in the rain-forests who must be among the first beneficiaries from sustainable development patterns.

"We are going to take very good care of the Indigenous people," Lula added in his remarks to the global climate event.

The Amazon is the world's largest tropical forest. It helps regulate climate and especially rainfall across the Americas, making it a vital source of water for those in the region.

However, around 20 per cent of the Amazon rainforest has disappeared since 1970 through logging and burning. The massive carbon sink has even started to emit more carbon than it stores due to clearing, in part to make way for cattle and soy crops