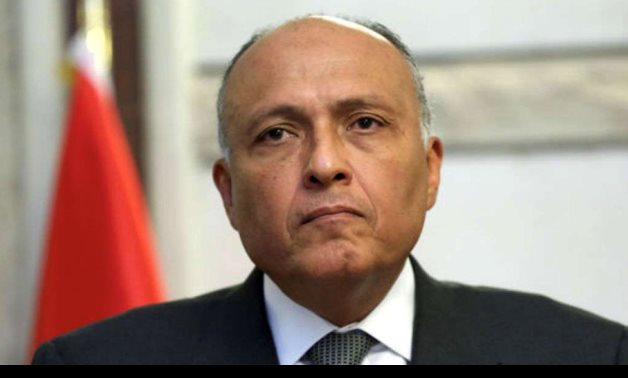 CAIRO- 13 November 2022: Minister of Foreign Affairs Sameh Shoukry, President of the 27th session of the Conference of Parties (COP27) to the United Nations Framework Convention on Climate Change (UNFCCC), held a meeting with a group of United States Senators and their aides, on the sidelines of the Climate Conference.

Ministry of Foreign Affairs Spokesperson Ambassador Ahmed Abu Zeid indicated that the Foreign Minister stressed, during the meeting, the strategic relations between Egypt and the US in various fields, and Egypt’s aspiration to continue to strengthen them at various levels. In this regard, Minister Shoukry referred to the significant interaction between the two sides during the COP27 through a series of official meetings on many levels, on top of which was the summit meeting between President Abdel Fattah El-Sisi and US President Joe Biden.

The Foreign Ministry Spokesperson added that the US Senate delegation was keen to commend Egypt's organisation of the COP27 and its ability to host this huge event, with which they look forward to contributing to the success of the conference and for it to yield the hoped-for results that achieve the goals of international climate action. They also indicated their awareness of the strategic nature of Egyptian-American relations and Egypt's pioneering role in the region over the years, especially with regard to promoting regional peace and stability. In this context, the meeting dealt with a number of issues in the international arena, on top of which is the Russian-Ukrainian crisis and its economic repercussions.