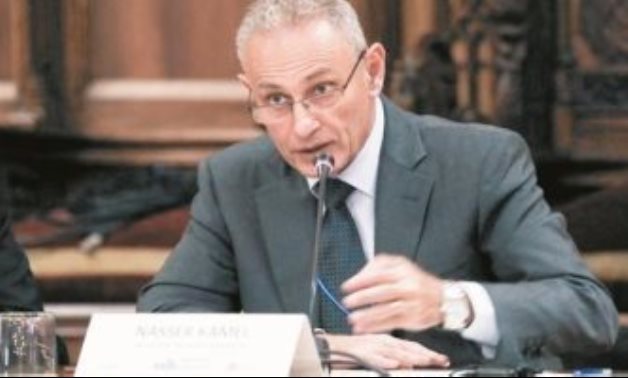 Secretary General of the Union for the Mediterranean (UfM) Nasser Kamel

CAIRO - 8 November 2022: Secretary General of the Union for the Mediterranean (UfM) Nasser Kamel lauded the efforts exerted by Egypt and Cyprus in the field of limiting the repercussions of climate change, asserting that the region is the second region affected by the climate change.

Kamel’s remarks came during the inauguration of Heads of State Summit for the launch of the Eastern Mediterranean and Middle East (EMME) Climate Change Initiative (EMME-CCI) with the participation of President Abdel Fattah El Sisi.

Kamel urged all the main participants of all the concerned organizations to take urgent measures to limit climate change and adapt with it via international cooperation.

He said that the UfM will put a model for international and regional cooperation to combat climate change.

In his word at the Heads of State Summit for the launch of the EMME-CCI on Tuesday, President Sisi stressed the importance of the initiative in coordinating policies to face climate change among the initiative's members in a way that contributes to promoting joint climate action and mitigating the climate change impacts in "our regional environment".

Cyprus is committed to joining hands with all countries in confronting the climate change crisis, he added.

Egypt's hosting of the climate conference reflects its keenness on the climate change issue and its repercussions, he added.

The climate change affects every country around the world, he said, underling the need of exerting more efforts to put an end to reduce the risk of fires in forests, as well as to address the causes of drought and floods.

"Our region is one of the most affected regions by the repercussions of climate change and its devastating effects at all levels," President Sisi made it clear.

These repercussions have become crystal clear during the past few years that witnessed extreme weather events in the region, including wildfires, flash floods and torrential rains that caused huge human and material losses, Sisi added.