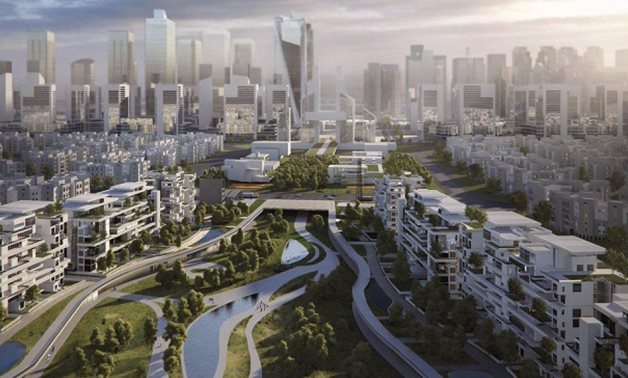 Based on the state’s development capacity in each city, the prices of land plots in this city increases, Sisi explained in TV remarks at Channel One late on Tuesday, shedding light on Egypt’s 40 new cities.

Sisi said the country seeks to increase the volume of industrial production in a way that enables reducing an annual cost of $30 billion worth of supplies.

The president said he would spare no effort to do the best for citizens. He shed light on the road projects in Egypt, hailing the country’s road network as "exceptional".

In this regard, Sisi said the state has added 17 kilometers to road networks since 2014, affirming that new roads are all highways. The state also established 1,000 bridges, he noted.

In order for the state to improve education, it has to secure LE 250 billion, Sisi said, noting that the budget allocation for this sector does not include even half of this sum.

It should take long years of sincere work to overcome challenges facing Egypt, the president acknowledged.

Sisi said he is concerned with securing the basic commodities for citizens first, noting that Egypt imports some 10 million tons of wheat each year.

All petroleum products are available, Sisi assured nonetheless. He put the value of monthly gas consumption in Egypt at about two billion dollars.

Work is underway to upgrade the efficiency of the Damietta Port and the Port Said Port, the president told the "Nine O'clock" Show yesterday.

He also praised a new road network that is "beyond imagination".

The whole society should unite to solve problems, Sisi urged, stressing the need to come up with ideas that would help provide good services at the different sectors.

President Sisi noted that late Nobel prize winner Ahmed Zewail said in 2014 that he wanted to build a science city, saying that Zewal asked to assign the implementation of the project to the Armed Forces Engineering Authority.

Zewail also pledged to provide LE 500 million to contribute to carrying out the project.

Initial cost was estimated at LE 3.5 billion, he said, adding that after the death of Zewail the city has been completed.

President Sisi, meanwhile, said that as many as 1,000 bridges were established across the country.

He further said that several businessmen put forward a proposal to establish "500 500" cancer hospital, noting that this project was implemented even without waiting for businessmen's support.

The total cost of the hospital stood at LE 17 billion, he added.

The president also said that 10% of the cost of establishing the mosque and the cathedral in the New Administrative Capital was gathered from donations from Egyptians.

The political turmoil Egypt lived through 2011 triggered great financial cost that had been estimated at $477 billion, he went on to say.