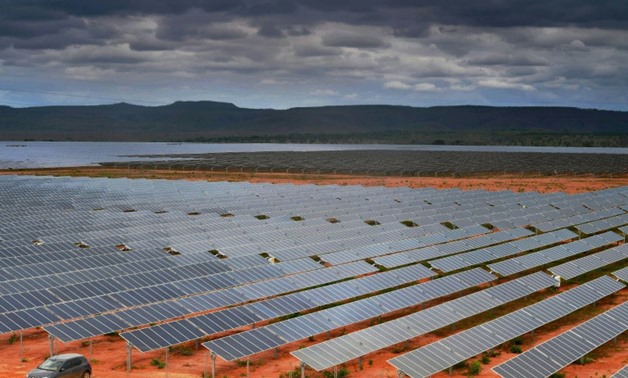 CAIRO – 13 October 2022: The largest solar power plant in Sharm El Sheikh will start operating next month, on the sidelines of the UNFCCC conference (COP 27) due to convene in Sharm El Sheikh city on November 6-18, announced TAQA Arabia in a statement on Thursday.

The plant would start producing 20 megawatts, the statement added, saying that the expansion of the renewable energy project has been adopted to make the city a green one.

Cooperation protocols were signed on March 31, 2022 to establish solar power plants at Sharm El Sheikh International Airport, as well as on the rooftops of nine hotels in the Red Sea resort city.

The agreements come as the State launched the Green Sharm El Sheikh (GEF) project, which aims to turn Sharm El Sheikh into a model integrated and ecologically sustainable tourism city of national and international importance through the adoption of further low-carbon technologies, proactive waste prevention and management practices.

The future of renewable energy in Egypt is far more promising than that in Europe if the human factor from laws and decision makers will earnestly pave the way since nature gives the country all the ingredients for success.

Hanei al-Nuqrashy, an Egyptian acclaimed energy expert, said in April that while Europe may need 30 years, Egypt may only need 10 years to cover its power needs from renewable sources, thanks to the following natural favors:

1 – The sun shines all days of the year.

2 – Sunrays are direct with no fog or clouds.

3 – Egypt’s relative closeness to the equator makes winter almost equal to summer. It means the storing of heat is easy.

4 – The sun shines on all of Egypt, so there is no need to establish energy complexes and long networks to deliver electricity to users, but rather build small units near areas of use.

5 – Untapped desert areas near most places of demand gives Egypt a competitive advantage.

6 – Abundance of trained manpower capable of work and innovation.