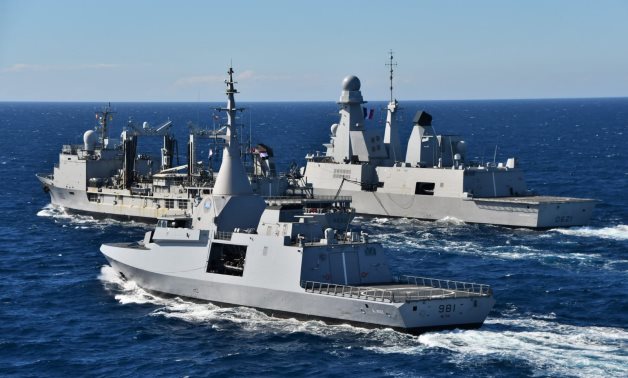 It also involved training on carrying out various sailing formations, and sharing aircraft on the deck of Egyptian and French naval units.

Speaking at the conclusion of the training, Commander of the Egyptian Naval Forces Rear Admiral Ashraf Ibrahim Atwa said the Armed Forces' General Command is keen on fostering military cooperation with France.

On his part, Admiral Pierre Vandier, Chief of Staff of the French Navy, stressed the continuation of cooperation between French and Egyptian naval forces, with a view to strengthening regional security and stability. The several days' training falls within the framework of the Egyptian Armed Forces training plan with friendly and sisterly countries, to enhance the prospects of military cooperation, raise the combat efficiency of Egyptian forces and achieve security in the region.