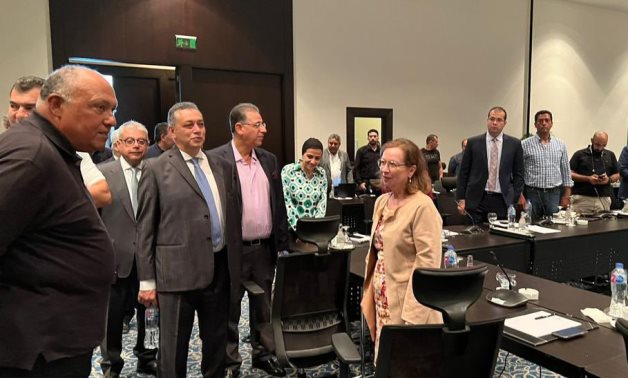 This comes within the framework of Egypt's great interest in hosting this important global event, added Shoukry during his visit to Sharm El Sheikh on Thursday, as part of his field tours to follow up on preparations to host the conference, which will kick off on November 6 and run until November 18.

He was also keen to inspect the different venues of the conference, including the main halls of the meetings and the areas designated for the delegates and media outlets and service areas, added the spokesman.

Shoukry also met with South Sinai Governor Khaled Fouda and extended thanks to him for the relentless efforts exerted by the municipal authorities in order to render the conference successful, said the spokesman