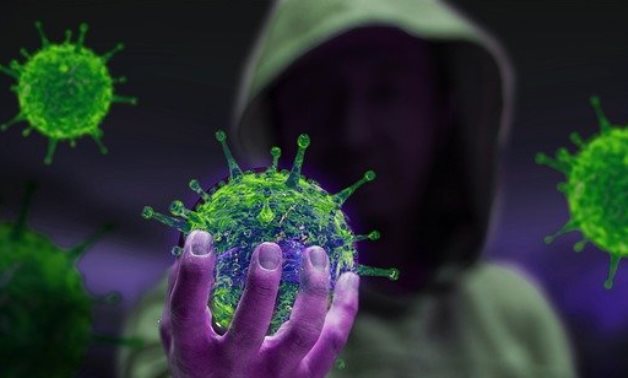 CAIRO - 3 August 2022: Egypt has introduced a new treatment protocol to treat people with COVID amid the emergence of new rapidly spreading mutant, which is the BA.4 and BA.5.
Hossam Hosni, Head of the Scientific Committee to Combat Corona at the Ministry of Health and Population, revealed the details of the new treatment protocol to treat people with corona from simple, medium and dangerous cases, noting that the reason for changing the treatment protocol is to provide new and advanced drugs in treatment.
Hosni added that the new variant, although spreads fast, but it is weaker than its predecessor.
The new protocol was distributed to all hospitals that specialize in isolating and treating Corona patients, and he continued: “We trained doctors to diagnose cases and identify their infection.”
According to the global protocol, there is a small change in the protocol that includes deleting some drugs and adding others, as they are more effective and confront the new B4 and B5 mutant.
“The Scientific Committee to Combat Corona Virus has issued an update to the Corona treatment protocol in its seventh version, as the Ministry has stopped the use of ivermectin and colchicine,” Hosny explained.
Hossam Hosny added that the treatment using the blood plasma of the recovered was stopped, according to the updated treatment protocol to confront Corona.
In April, UN World Health Organization’s (WHO) director told journalists in Geneva Tedros Adhanom Ghebreyesus reiterated that higher testing and sequencing rates are vital for scientists to track existing variants and to identify new ones as they emerge.

“At present there are a number of Omicron sub-lineages we’re following closely, including BA.2, BA.4 and BA.5 and another recombinant detected, made up of BA.1 and BA.2”, he said.

The latest sub-lineages BA.4 and BA.5 have been reported in a number of countries, including South Africa and some European nations, WHO lead epidemiologist Dr. Maria Van Kerkhove informed.

“There are less than 200 sequences available so far and we expect this to change…We are tracking (the virus) very closely to see if there is any uptick in case detection, but (so far) we haven’t seen any change in epidemiology or severity”, she highlighted.

Hossam Abdel Ghaffar, a spokesman for the Egyptian Ministry of Health and Population, said that citizens should not use the updated treatment protocol for the Corona virus without referring to the specialized doctor, as the doctor supervising the case is the only one who is aware of the drugs used in the protocol and what suits the patient and the number of doses as well.