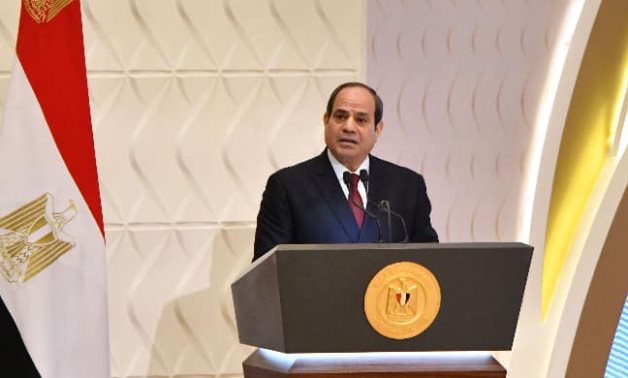 CAIRO – 27 July 2022: The U.S. Embassy in Cairo announced Tuesday that during the meetings held by Special Envoy to the Horn of Africa Mike Hammer with senior Egyptian officials, Chargé d’Affaires Nicole Shampaine delivered an invitation from the White House to President Abdel Fatah Al-Sisi to participate in the U.S.-Africa Leaders Summit scheduled for December 13-15, 2022.

Hammer met with senior Egyptian government officials on July 25 to advance a diplomatic resolution on the Grand Ethiopian Renaissance Dam (GERD) that supports the water needs, economy, and livelihood of all Egyptians, Sudanese, and Ethiopians.

“I came to Cairo on my first official trip to the region to hear from our Egyptian partners on the critical issue of the Grand Ethiopian Renaissance Dam and to better understand Egypt’s water needs,” Special Envoy Hammer said.

“We are actively engaged in supporting a diplomatic way forward under the African Union’s auspices that arrives at an agreement that provides for the long-term needs of every citizen along the Nile.”    Hammer added.

During their recent meeting, President Biden reiterated to President Al-Sisi the United States’ support for Egypt’s water security and to forging a diplomatic resolution that would achieve the interests of all parties and contribute to a more peaceful and prosperous region.  Special Envoy Hammer’s visit to Cairo, which took place just days after Presidents Biden and Al-Sisi met, focused on this priority.

Over the past four decades, the United States has provided over $3.5 billion to strengthen Egypt’s water security by bringing clean water to a quarter of Egypt’s population, upgrading Cairo and Alexandria’s water treatment services, modernizing the Aswan Dam’s power station, and building water infrastructure for residents in north Sinai.  Special Envoy Hammer’s engagement on the GERD builds on that strong record and history of U.S. partnership with Egypt.