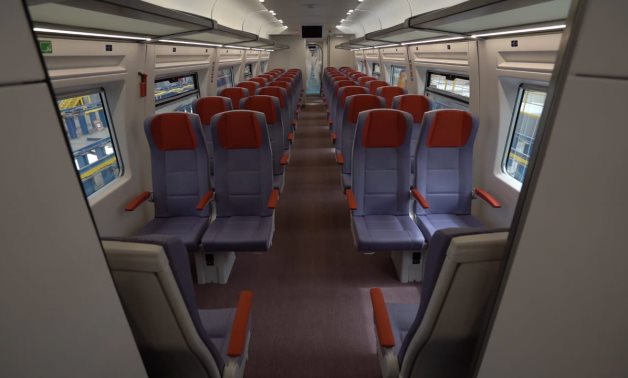 CAIRO – 14 June 2022: The Egyptian House of Representatives, headed by Counselor Dr. Hanafi Jabali, approved, during its sessions last week, a proposal to establish a tourist train linking both the Red Sea and Luxor governorates.

The proposal was submitted by Representative Ahmed Hatta, while the suggestions and complaints committee at the parliament reviewed the constitution, internal regulations and listened to views of the members regarding the proposal.

The report indicated that the representative of the National Authority for Tunnels - said that the authority is working on the fast electric train network with (the Egyptian-German alliance led by Siemens International), as the network consists of three lines, namely, the first line: the so-called green line extends From Ain Sukhna to Marsa Matrouh, and the second line: called the Blue Line, extending from Fayoum to the city of Abu Simbel in the south, and the third line: called the Red Line and extending from Qena to Safaga - the Red Sea.

He continued: "Then the second line, and the third line connects the cities of the governorates of Upper Egypt completely with the cities and governorates of the Red Sea through express trains, regional trains and freight trains, all powered by electric power to serve tourism development and antiquities as well as economic development, and transportation of goods.

The representative of the Ministry of Transport indicated that the contract for the Green Line (Ain Sukhna / Matrouh) was signed last September, and the authority is in the process of finalizing the contracting procedures and signing with the Egyptian-German alliance led by Siemens International and the Arab Contractors and Orascom companies to implement the two blue lines (Fayoum / Abu Simbel) with a length of (1100 km) Al-Ahmar (Qena / Safaga) and a length of 225 km at a cost of about (9.5) billion dollars. This will be concluded through 85 percent of the loan and 15 percent of the state’s general budget. Work is set to start this year and is scheduled to be completed within three years.

The explanatory note to the proposal included a demand to establish a tourist train between the Red Sea Governorate, representing recreational tourism, and Luxor Governorate, representing historical and cultural tourism, as the distance between the two governorates is (180 km), in order to stimulate tourism and link each other and to benefit from Maximum presence of tourists on the land of Egypt.