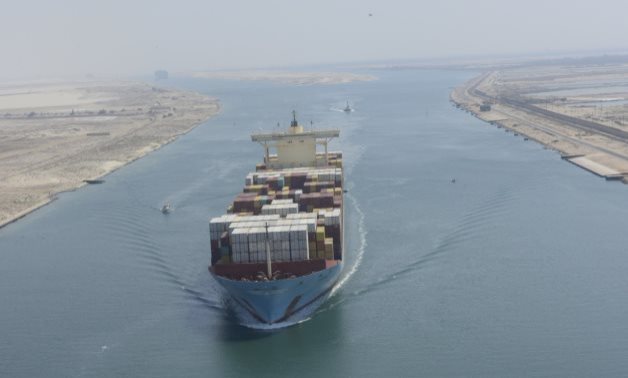 CAIRO – 20 May 2022: The number of ships transiting the Suez Canal has increased by 10 percent until May this year compared to the same period last year, Suez Canal Authority Chairman Osama Rabie said.

In remarks to CBC, Rabie said the number of ships transiting the canal from the beginning of the year until 1 May has reached 1,166 compared to 1,066 last year.

Rabie said the SCA has been aware of the negative impact of the Russia-Ukraine crisis, including a decline in trade in the Black Sea region, which passes through the Suez Canal.

This comes while navigation movement of ships coming from East Asia, Russia and Ukraine has been affected, Rabie added.

Earlier in May, Rabie said the SCA’s dredger “Tariq bin Ziyad” joined the fleet of dredgers operating in the canal expansion project, the SCA said in a statement.

With joining this dredger, the number of dredgers working in the project at the southern entrance in both parts reached eight, the statement added.

Rabie confirmed that the project to develop the southern sector of the canal is proceeding according to the set timetable.

The development project has great importance as it aims at increasing the navigational safety at the southern entrance by 28% and increasing the capacity of the canal to receive more ships with an average of 6 additional ships, Rabie added.

The navigation movement in the canal operates regularly as 120 ships with a total tonnage of 7.5 million crossed the canal in both directions on Saturday and Sunday, according to the navigational data.

In May 2021, Egypt started the dredging work to expand the southern entrance of the Suez Canal few weeks after the accident of the Panama-flagged Ever Given ship that went aground in the southern entrance and caused the suspension of the world trade shipping through the canal for six days.

On March 23, 2021, the Ever-Given ship went aground in the 151 km of the Suez Canal, where the vessels in both directions pass, causing the suspension of the international maritime navigation through the canal for six days.