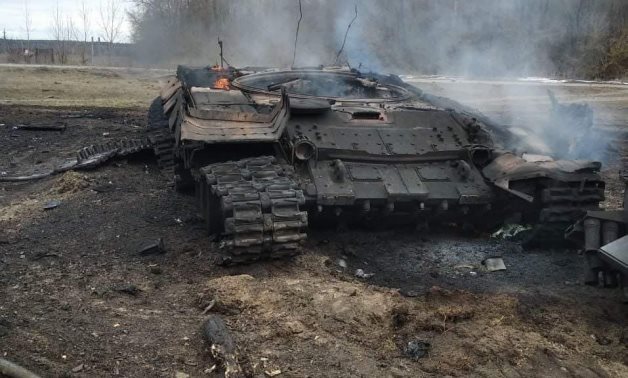 CAIRO - 4 May 2022: The Russia-Ukraine crisis, which broke out in late February, has had negative economic ramifications over the entire world. The conflict has added to mounting concerns of a sharp global slowdown, and surging inflation.

The International Monetary Fund (IMF) also said that this conflict will also have a substantial impact on the global economy and financial markets. The conflict is already having considerable economic consequences in all world countries, including Egypt.

Consequently, the Egyptian government was keen on taking all necessary measures and policies to ensure macroeconomic stability, sustain its ability to flexibly deal with unprecedented global challenges, and reduce the impact of this global crisis on the most affected segments of citizens and sectors.

President Abdel Fattah El Sisi issued directives to the government to prepare various scenarios to deal with the repercussions of the crisis.

Egypt also formed a crisis committee to confront the impacts of the Russian-Ukrainian crisis similar to the one that was formed when the coronavirus pandemic hit the country.

Meanwhile, the IMF hailed the package of financial and social protection measures taken by the Egyptian government to deal with the global crisis and mitigate its effects on citizens.

In the implementation of President Sisi's directives, the Egyptian government has decided to apply the increase in minimum wages set for fiscal year (FY) 2022/2023 as of April 1, instead of July 1.

The decisions also include raising the personal tax exemption limit from EGP 9,000 to EGP 15,000.