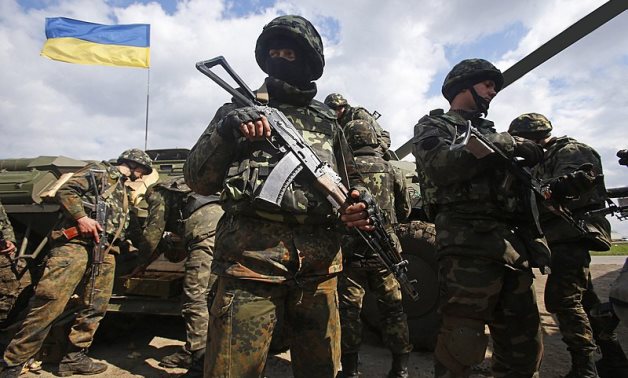 The elimination of Ukraine’s air defenses can result in the fall of Kyiv to Russian forces, the news website cited a senior Western intelligence official as saying. The official added that the Russian troops are moving toward the Ukrainian capital across both sides of the Dnieper River.

Ukraine said earlier today that the Russian forces have started a full-scale invasion against the country. In response, the US slapped tough sanctions on Russia, while the Russian tanks and aircraft have approached Kyiv.

“This is a dangerous moment for all of Europe,” US President Joe Biden said.

The North Atlantic Organization Treaty (NATO) on Thursday condemned what it called as an unjustified Russian attack on Ukraine, calling on Moscow to immediately stop this military action.

"We condemn in the strongest possible terms Russia’s horrifying attack on Ukraine, which is entirely unjustified and unprovoked. Our thoughts are with all those killed and injured, and with the people of Ukraine. We also condemn Belarus for enabling this attack," NATO said in a statement on its website.

"We call on Russia to immediately cease its military action and withdraw all its forces from in and around Ukraine, to fully respect international humanitarian law, and to allow safe and unhindered humanitarian access and assistance to all persons in need," the statement added.

"We urge Russia in the strongest terms to turn back from the path of violence and aggression it has chosen. Russia’s leaders must bear full responsibility for the consequences of their actions. Russia will pay a very heavy economic and political price. NATO will continue to coordinate closely with relevant stakeholders and other international organizations including the EU," the statement noted.

"Throughout this crisis, NATO, the Allies, and our partners have made every effort to pursue diplomacy and dialogue with Russia, including at the highest levels, and made many substantive proposals to enhance the security of all nations in the Euro-Atlantic region. We have repeatedly invited Russia to talks in the NATO-Russia Council. Russia has still not reciprocated. It is Russia, and Russia alone, which has chosen escalation," the statement said.

"Russia's actions pose a serious threat to Euro-Atlantic security, and they will have geostrategic consequences. NATO will continue to take all necessary measures to ensure the security and defense of all Allies. We are deploying additional defensive land and air forces to the eastern part of the Alliance, as well as additional maritime assets. We have increased the readiness of our forces to respond to all contingencies." the statement read.