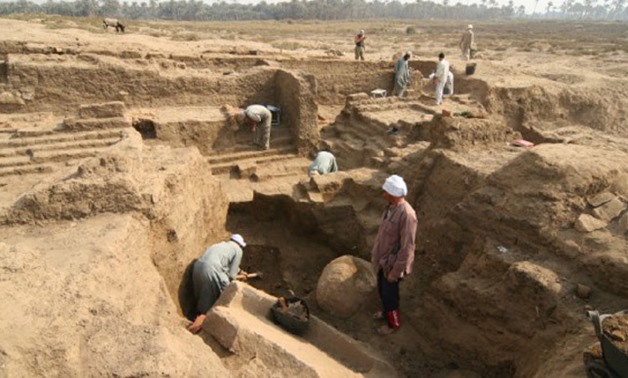 CAIRO – 12 February 2022: Since the introduction of the archaeological techniques of field preservation and excavation methodology in Egypt in the mid-1880s, there have been lots of valuable archaeological finds recorded.

To protect these valuable discoveries and more still unearthed, Egypt has adopted a law regulating the process, preventing any excavation practices carried out outside scientific missions.

As illegal digging for antiquities across Egypt were reported, amendments were carried out to the law to toughen the punishment on violators, with penalties reaching life sentence and 10 million EGP fine.

The law stipulates a number of deterrent penalties that contribute to the preservation of archaeological sites and collectibles that carry historical and archaeological value, especially with regard to the erroneous practices that occur by some visitors inside the archaeological shrines, and affect the life of the antiquity in the long run.

Among the most prominent rules stipulated by the law to legalize the work of foreign missions in excavation operations, are the following:

1. Each mission is committed to restore and maintain the architectural and movable antiquities it discovers, on a timely basis, and before the end of its working seasons.

2. These missions work under the supervision of the competent authorities in the Supreme Council of Antiquities and in cooperation with them.

3. Coupling the plan of each foreign mission for archaeological excavations in Egypt with a complementary plan in which the mission undertakes a work of restoration of existing antiquities that have previously been discovered.

4. The work of the mission licensed to explore shall be evaluated by the competent authorities.

5. All discovered antiquities found by foreign and Egyptian scientific excavation missions shall be the property of the state.